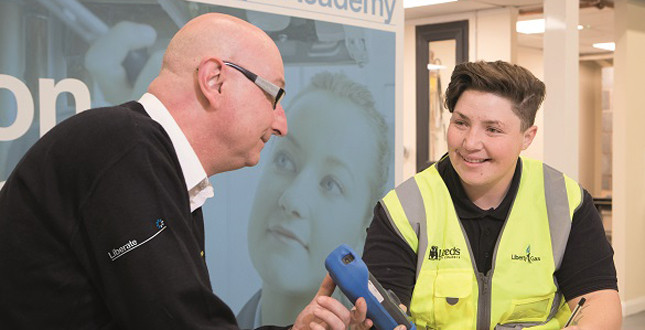 The Liberate Academy, in Salford, has been launched this week including an Accredited Certification Scheme (ACS) testing centre.

Ivy Hughes, who heads up the Liberate Academy, said: “We’re delighted to launch this state-of-the-art academy, which we hope will have a major impact on training across the industry. Liberate will offer a wealth of training opportunities to operatives from businesses up and down the country, including Liberty’s employees.”

Michelle Holdsworth, from Bradford, is the first engineer to undertake her ACS training in the brand new Liberate Academy.

She said: “The new centre is fantastic. There is a friendly environment and it makes for a positive training experience. What’s really good about the Liberate Academy is the one-to-one support from the assessors – this made me feel confident that I was getting everything out of the training I would need.”

Liberate’s ACS centre is supported by “major gas technology providers”, who have kitted out the centre with top of the range equipment worth around £10,000.