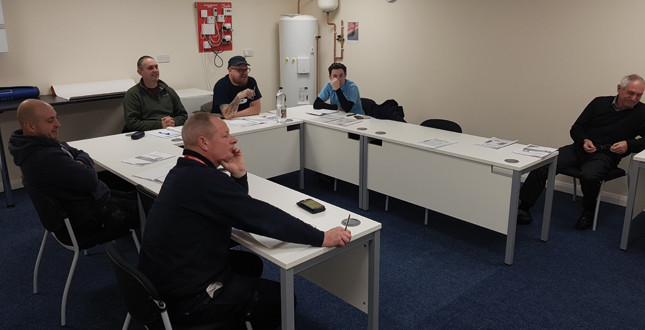 A new state-of-the-art training academy, backed by a major heating contractor, is hoping to drive up standards across the sector. HVP’s Joe Dart visited the centre to find out more.

The importance that training plays in the development of plumbers, heating engineers and installers cannot be understated. Get it right and you’ve set the foundations for a fantastic career as a tradesperson, but get it wrong and poor practice starts to become standard practice.

However, it’s worth remembering that professional development shouldn’t stop once you are qualified. Constant-ly changing regulations mean there’s an ongoing need to keep up to date to ensure that your work is complying with the current legal standards. From an installer’s perspective, these can be difficult to keep on top of, thanks to a hectic work schedule. But help may be at hand.

Swale Heating, one of the largest heating contractors operating in the South East of England, is taking steps to en-sure that not only its own staff are appropriately equipped to do their jobs, but the wider industry as well.

The company’s Energy Academy is a new £100,000 flagship training facility, housed in a specially converted former warehouse and situated in Sittingbourne, Kent. It opened its doors to learners in December.

The driving force behind the launch of the centre was the desire to improve the quality of the service the company was delivering for its customers, says Jamie Farr, Gas Service Technical Manager at Swale Heating.

“As an industry, I think we’re pretty guilty of not investing enough in our engineers. From my point of view, you go straight in to do your CCN1 every five years, you come out peaked and then you drop off as there’s no continuous development,” he said.

But discussions around how the company could achieve this goal of upskilling its own staff eventually became something more ambitious.

Jamie explained: “We thought instead of just focusing on Swale Heating engineers, why not try focusing on the industry as a whole? If we’re offering tailored packages to our own needs as a business, then why can’t we also try to help out and upskill the industry?”

Although Swale Heating is closely interlinked with the Energy Academy, Jamie is keen to stress that there is a dis-tinct split between the two companies. This is thanks in part due to the Academy’s partnership with certification body Logic Certification, which should help allay concerns about independence and impartiality.

“Everyone that does teaching, verifying and assessing are completely independent, so they’re all standard self-employed guys who are Logic-approved and we in turn use them to prevent that conflict of interest,” he said. “It’s exactly the same for our health and safety courses that we run.”

The facilities on show at the Energy Academy demonstrate that Swale certainly has the means to deliver on its am-bitions. The centre contains a wide variety of modern equipment, allowing trainees to gain practical experience with gas boilers, underfloor heating, unvented hot water and air source heat pumps, and much more.

Also available are facilities for working in non-standard conditions, so engineers can familiarise themselves with working at height, and training for working in confined spaces is said to be in the pipeline.

Part of the Academy’s future plans involve the introduction of Managed Learning Programs, which it says will re-move the need for third-party apprenticeship schemes.

Aimed predominantly at school leavers or those new to the industry, the courses will teach participants all aspects of basic plumbing, heating and electrics, leading all the way up to fully-fledged gas training.

The course has yet to be certified, but Jamie says a key aim is to not repeat the mistakes associated with ‘fast track’ training courses.

He said: “Coming from an apprenticeship background, I didn’t agree with [fast track] personally, and ultimately I didn’t think there was enough investment to learn basic underpinning core knowledge. Which is why if we have the opportunity to invest in new starts and upskill then we’re really interested in that.”

However, it’s not just about training for installers and engineers. The Energy Academy can also provide non-technical training for those working more widely within the industry.

Level 2 Gas Awareness courses have already been offered to those people who would benefit from more industry supported knowledge, including housing officers, resident liaison officers and contract managers. Swale has even put 60 of its own office operatives through a basic, non-technical gas awareness day course.

With the Energy Academy still in its infancy, there are naturally some teething issues to be ironed out. Only a few of its planned programme of courses are currently available for installers to enrol on at this stage, as certifications are still in the process of being obtained. But there is a feeling that, if all goes well as the centre develops, it could lead onto bigger things.

Jamie says that Swale Heating is already casting an eye to the future: “With our drive and ambition for upskilling, driving quality and training, we’d like to put another facility under the Energy Academy brand in Birmingham, and one in Anglia.”