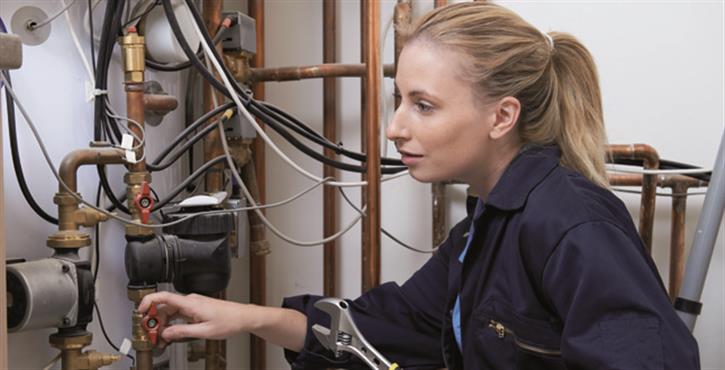 New survey findings show that over half of young women aged 18-24 (53%) are put off electrical and plumbing careers because of concerns about a lack of gender diversity in the existing workforce, according to research commissioned by ECA, JTL and JIB.

The survey, conducted by YouGov, saw 2,150 respondents share their views.

Despite industry progress towards gender and other diversity in recent years, over one in three young people (36%) in the UK believe a lack of gender diversity is still a barrier to entering the electrical and plumbing industries. This compares to just 15% of adults in the 55 and over age group.

Even though the number of companies with diversity success stories is increasing, 30% of young people also said that an old-fashioned hiring culture was a major barrier to entering these industries. Only 9% of adults aged 55 and over felt this was an issue.

ECA is a trade association representing employers within the UK’s electrotechnical and engineering services industry, JTL is a  leading apprenticeships training provider, and the JIB sets the standards for employment, welfare and apprentice training within the industry.

ECA, JTL and JIB commented: “Considerable effort has gone into encouraging young women to join the engineering services industry, and there are now plenty of examples of where women are making a tremendous contribution to the sector.

“However, these findings clearly show that there is still a major diversity challenge. The electrical and plumbing industries will need to respond to the message from this survey, which is that much more needs to be done to improve gender diversity and the approach to hiring new staff.

“Engineering services must draw its new entrants from across the UK talent pool if it’s going to meet the needs of the future. It’s vital the industry reviews how it’s approaching diversity and what’s needed to move to the next level.”

Overall, just 8% of the population said they had ever considered a career as an electrician or plumber. Just 2% of women said they had done so, compared to 15% of men.