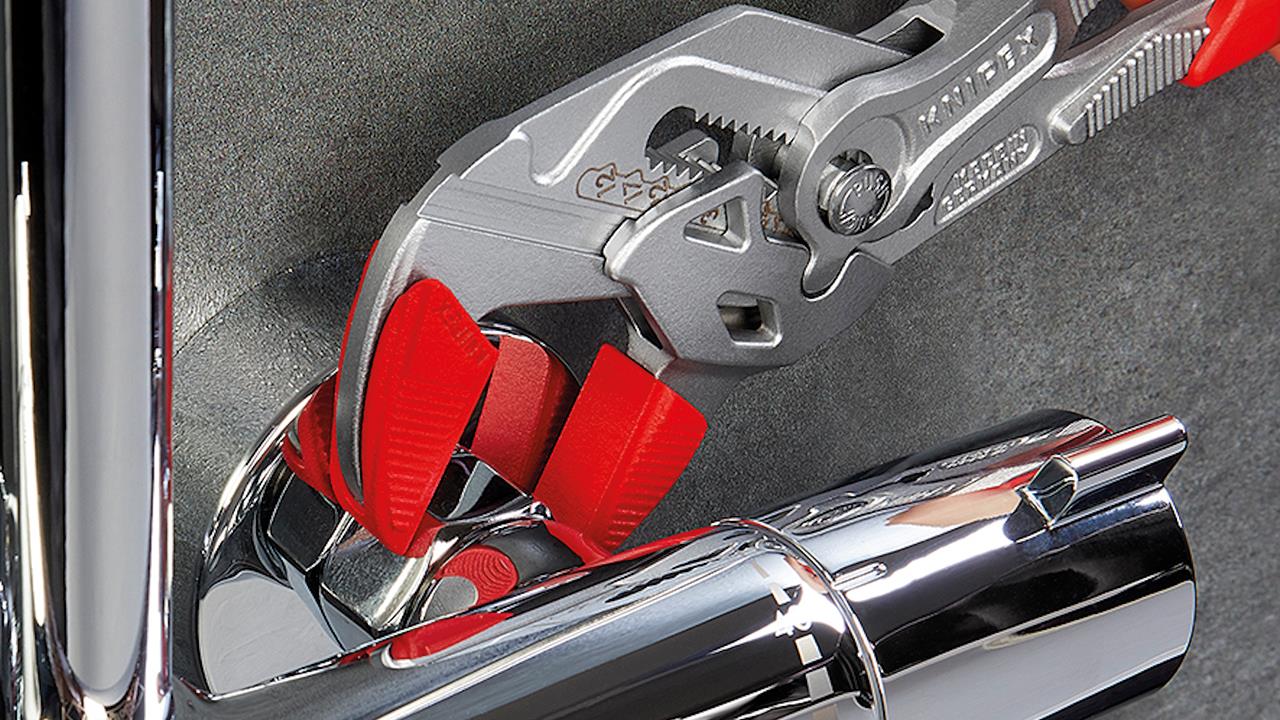 Whatever the job involves, whether it’s tightening nuts and bolts, bending, pressing, or gripping, the Pliers Wrench from KNIPEX is the indispensible all-rounder suitable for every plumbing and heating engineer’s toolbox, the company says.

Thanks to the ultra-powerful force multiplication from handles to jaws, KNIPEX Pliers Wrenches can be put to almost unlimited use including tightening locknuts, edge breaking when tiling, snapping cable ties – it can even be used as a small bench vice. For more intricate work, the entire surface of the tool’s jaws is smooth, so the Pliers Wrench grips objects firmly and safely, allowing even plated fittings with polished surfaces to be gripped without damage.

Adjusted quickly, accurately, and securely at the press of a button, the range has been cleverly designed to tighten nuts and bolts using the ratchet principle. By releasing the pressure on the handles and moving the Pliers Wrench backwards, the jaws slip on to the next flat surface on the bolt head. This smart feature means every KNIPEX Pliers Wrench in the range replaces an entire set of spanners, metric as well as imperial.

This tool is available in six sizes, ranging from the 125 and 150mm pocket-sized constant companion and the 180mm compact all-rounder, through to the universal 250mm model and the 300mm version, as well as the 400mm XL-version with an application range of up to 85mm.