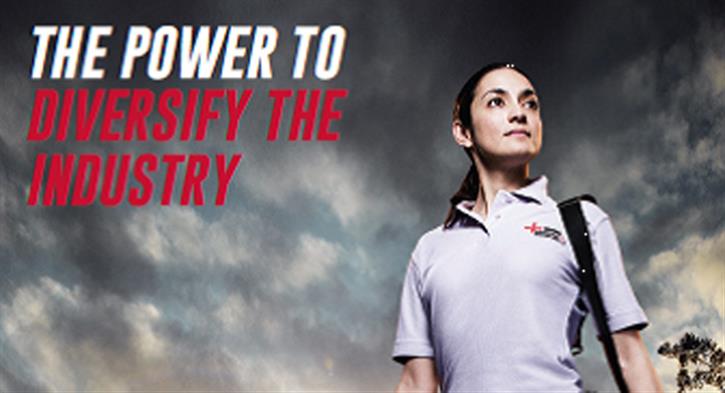 NICEIC has updated its Jobs for the Girls campaign material.

Originally launched in 2011 to encourage more women into the electrical industry, the campaign highlights the opportunities available and challenges the myth that electrical contracting is only for men.

Since then, NICEIC has raised awareness with government, on TV and local radio, set up a training academy, sponsored female students and launched trade adverts featuring female contractors.

“The plan at the start was to change the way people view the industry,” said Emma Clancy, chief executive officer of NICEIC.

“If we are to plug the skills gap then we need to open up the doors to more women and the campaign has done that.

However, while more and more women are now choosing to take up a career as a skilled tradesperson the numbers are still painfully low. Men outnumber women nine to one in the trades sector – with less than 1% of all electricians estimated to be female.

As such, the NICEIC is fully committed to creating more opportunities in the electrical sector and has produced a host of new material to encourage women into the profession, as well as a new webpage.