INSIGHT
IS NOW THE TIME TO GET INTO HEAT PUMP INSTALLATIONS? EDITOR JOE DART INVESTIGATES
SHARE
Written By
Joe Dart 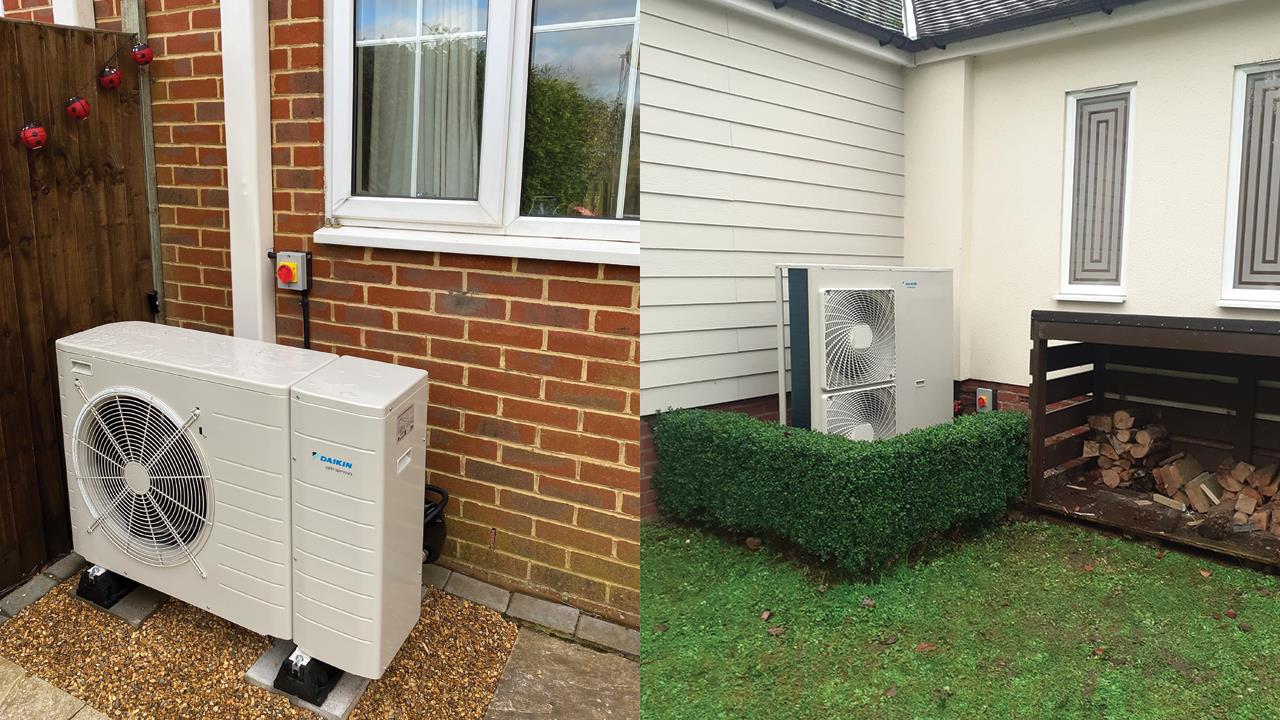 HVP Editor Joe Dart spoke to heat pump installation firm CB Heating about why now is a great time to get involved with heat pumps, and their plans for supporting installers to do so.

The government’s aim for 600,000 heat pump installations per year by 2028, revealed last year as part of its 10-point plan for a green industrial revolution, is one of the surest signs yet that it is committed to making the technology mainstream in the UK. Although the technology has been available for decades now, take-up is still relatively small, with only 35,000 heat pumps sold in 2019, according to the Heat Pump Association (HPA).

However, one company that has been installing air source heat pumps (ASHPs) for a number of years is CB Heating, based in Clacton-on-Sea in Essex. Clayton Browne established the company in 1999 and has been installing ASHPs since the year 2000. The company now employs 52 people, with ASHPs very much at the forefront of its success.

With the government’s renewed push towards heat pumps, I spoke to Clayton and CB Heating’s Head of Business Development, Dan Andrews, about the current landscape for installers in this field, as well as the opportunities it could offer existing gas and oil installers looking to convert.

Helping to allay any fears that ASHPs only interest a niche consumer group, Dan said that CB Heating receives customer interest in ASHPs from all types of demographics: “Anything from a two-bed terrace property, right the way through to huge detached property on oil.”

He adds that the company doesn’t need to cold call or knock on doors for business, because all of its jobs come from inbound enquiries. A smart website with a heat pump ‘learning centre’ has also aided customers in deciding whether an ASHP is the right solution for them.

So, is now a good time to become a heat pump installer? Dan argues there has never been a better time and warns against taking too long to take the plunge.

He explained: “Certainly in view of the likes of the boiler ban coming in 2025, and all of these things on the horizon, the reason why now is the time for heating engineers to get involved with this is because at some point they won’t have a choice and they’ll be left out in the cold, figuratively speaking. It’s the inevitable future, whether they like it or not.”

On top of the planned ban on gas heating for new homes from 2025, the Green Homes Grant funding scheme has also brought heat pump technology into the spotlight in recent times. Under the scheme, householders are able to claim up to two-thirds (up to a max of £5,000) to cover the cost of a heat pump installation.

Clayton and Dan both agree that the scheme is, in theory, fantastic, however there are some major teething problems that are currently hindering the scheme.

Clayton explained: “It’s dried up all the jobs, because all the customers want a voucher. They apply for a voucher and no one has any idea of when it’s going to come. We’ve got customers waiting from three months ago.”

Dan added: “Conversely, we also have vouchers coming through from people who applied two weeks ago. There’s no rhyme or reason to it.”

More importantly for the installer, however, are the delays to the payments received from the government. The first payment that CB Heating received was 41 days from install and, as of this interview, the only payment they had received.

There’s more, however, as it appears as though much of the initial £1.5 billion funding promised for domestic properties is set to dry up by April 2021, with the government currently only earmarking £320 million for the next financial year.

Dan said: “In terms of new installers looking to get involved with the scheme, they shouldn’t rush into it. I’d say to wait until the end of March to see what’s happening with the funding for the scheme, because if the original £2 billion promised is reduced to just £300 million then the funds may come to an end before they even get started.”

Although the Green Homes Grant may not be the turbo-charge the heat pump industry hoped it would be, it is still worth considering what options there are for installers looking to up-skill to work with heat pumps. Many manufacturers and training providers run courses, however CB Heating itself is also throwing its hat into the ring, with plans in place to expand into the world of heat pump training.

A new training facility is planned for a May launch, with the intention of upskilling tradespeople on how to install and maintain ASHPs. CB Heating already hosts one of Daikin’s Sustainable Home Centres, meaning the company is well positioned to train up the next generation of ASHP installers using Daikin technology.

Dan claims that CB Heating’s position as one of the leading installers of ASHPs in the UK means it is well placed to offer and provide training. He explained: “Our unique selling point is that we are the people out there who are doing it. Any other training provider, although I’m sure their information is good, it’s learned information, whereas ours is from experience.”

Clayton added: “Installers need to feel confident that the product works, that if they’ve got questions that they’re not going to be left in the dark. That what we’re there to do, to provide installers with that security and education, that we’re there to help them transition from gas or oil into renewables. They can see our growth; we’re moving to a 17,000ft2 premises in the next few weeks.”

CB Heating also plans on being able to supply products to installers who have undergone the company’s training, bringing yet another area under its wide umbrella to support tradespeople.

Dan explained: “[This offering] is going to be of great value to an installer, particularly new installers. As Clayton says, coming into this marketplace, they need that confidence, they need someone to put their arm around them to a certain degree, and that’s what we’ll be able to offer.”

It’s all part of the aim to build a network of installers to help extend the company’s reach further across the UK. Beyond training and products, the company is also planning to share leads with its installer network.

“If we’ve got somebody local [to a potential customer], we can introduce them because they’ve carried out our training, and we know they’re good,” Dan said. A HPA member survey recently revealed that manufacturers have placed orders with their supply chains to deliver a total of 67,000 heat pump units in 2021, suggesting that heat pumps will see a significant uptick in interest from consumers and installers alike this year.

The road to 600,000 heat pump installations a year will be difficult, but with the right incentives in place for customers and installers, such as a functioning Green Homes Grant, as well as an effective training network, such as CB Heating is seeking to provide, it could well be possible.