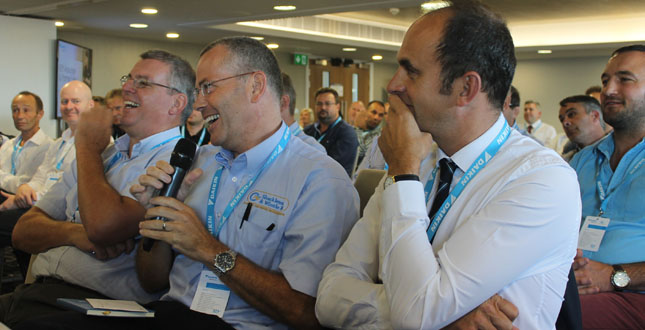 A live poll conducted among installers by Daikin UK has revealed that nearly 80% of installers predict future growth in the sector, with running cost savings highlighted as the biggest driver of the market.

The survey, taken at Daikin UK's first 'Key Conference', revealed a number of insights into the impact of legislation and customer requirements on the renewable energy sector, including the changing awareness of heat pump technology, perceived barriers to growth, the demand for smart technologies as well as the impact of the Renewable Heat Incentive (RHI) and the set-up of the new Department for Business, Energy and Industrial Strategy (BEIS).

When considering the transfer of the energy remit from the Department for Energy & Climate Change (DECC) into BEIS, half of those surveyed felt that the change would make no difference to the market, while nearly 20% said the heat pump sector should be more aligned with business and innovation.

Three-quarters of respondents felt that running cost savings were the strongest driver for the market, with building regulations and an interest in new technology each being identified by 10% of voters. Just five percent identified sustainability targets as the strongest driver. This response was further supported by responses to the question ‘how strongly has the RHI driven heat pump sales?’, with more than 40% of installers saying the RHI had been a strong driver, and 35% saying it had had a modest influence on sales.

When asked whether awareness of heat pump technology among homeowners and specifiers had changed over the last two years, two-thirds of the KEY Conference attendees believed that awareness had increased.

However, when asked what was the biggest barrier to selling heat pumps, 53% of installers identified it as the cost compared with a boiler or other renewables, while 22% said that clients' lack of understanding of the environmental or cost benefits remained a barrier to purchase.

Discussing the results, Nancy Jonnsson, commercial director for domestic heating and renewables at Daikin UK, said: "At Daikin UK, we believe in listening to the market and encouraging input from our KEY Members, Partners and Associates. So it is a hugely positive sign that nearly 80% of our top installers anticipate either major or modest levels of growth in the coming years.

"However, increasing awareness of the cost saving benefits of heat pump technology is of paramount importance to ensure growth remains on an upward trajectory. By delivering extended warranties, free training and marketing support through the KEY Installer Scheme, Daikin UK is fully committed to ensuring the success of our KEY Members, Partners and Associates."