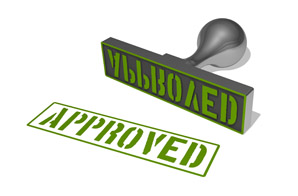 Despite some controversy over issues included within the Bill, such as fracking, the government says it will provide a £3.9 billion boost to the economy over the next 10 years by:

The bill and its supporting documents are on the Parliament website.

The Bill includes amendments on topics including:

The bill would introduce measures to implement the government’s drive towards zero carbon homes as described in its recent response to the consultation that took place in 2013. A consultation paper with proposals for an exemption from zero carbon provisions for small sites was published on 18 November 2014.

The bill would create a reserve power to give communities the chance to buy a stake in new commercial renewable electricity schemes in their area. This community electricity right would allow communities to own a greater share of the financial benefits. We would only consider using this power if the voluntary approach to community shared ownership was unsuccessful.

The bill would allow for changes to the RHI providing more flexibility in financing arrangements for renewable heating systems. This would, for example, allow households unable to afford a renewable heating system to have the cost met by a third party, who would then receive the RHI payments. The bill would also allow the RHI scheme to be administered by parties other than the Secretary of State for Energy and Climate Change or Ofgem. It would make some changes to the Parliamentary procedures, which apply to secondary legislation relating to the scheme. A policy brief and impact assessment for these measures is available.

The bill would simplify and speed up measures introduced in the Planning Act 2008 for handling minor changes to existing planning permissions for major projects. It would also simplify the processes for more significant changes.

The bill would allow the examining authority, a group of inspectors who consider major applications, to be appointed immediately after an application has been accepted. It would also allow the panel to comprise 2 inspectors, speeding up the process and saving money.

A briefing note on these measures has now been published. More details on changes being proposed to secondary legislation can be found in the nationally significant infrastructure section of the government’s recent technical consultation on planning. The government has now published its response to this consultation.

The bill would allow certain types of planning conditions to be regarded as discharged if a local planning authority has not notified the applicant of their decision within a prescribed time period. This will reduce unnecessary delay and costs. The government response to the consultation on the procedural detail of this proposal has been published.

The bill would introduce measures to implement the Wood review’s recommendations aimed at maximising recovery of oil and natural gas from the UK continental shelf. As part of the implementation, the government has announced that it will contribute short term funding of £15 million over five years to help kickstart the establishment of a new regulatory body for the UK’s offshore oil and gas industry. An impact assessment on Phase 1 of these measures was published on 3rd November.

The bill would simplify procedures by which the onshore oil and gas and deep geothermal industries obtain underground drilling access 300 metres or more below the surface. Existing procedures for underground drilling access are costly and disproportionate for new methods of lateral drilling. There are no proposed changes to surface access or the regulatory system which deals with the potential risks associated with drilling and hydraulic fracturing. A company looking to develop shale or geothermal would still need to obtain all the necessary permissions, like planning and environmental permits, and industry has committed to engage with communities at each stage.

The government is putting in place a range of measures specific to the shale industry, to provide the public with confidence that it is being taken forward in a balanced way. These include measures on environmental impact assessments, groundwater monitoring, community benefits and protected areas. This confirms proposals that are already government policy, carried out voluntarily by industry or part of the regulators’ working practice. Finally, the Secretary of State would be required to seek advice from the Committee on Climate Change on the likely impact on carbon budgets and the net carbon account of petroleum produced onshore in England and Wales.

The government has carried out a consultation on these measures and has published its response along with the related impact assessments.