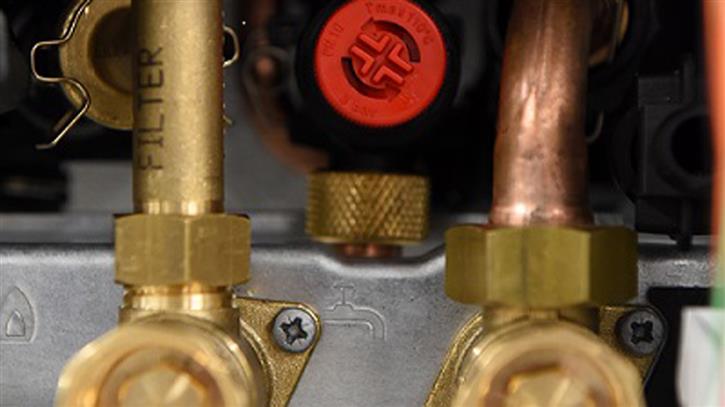 Martyn Bridges, Director of Technical Communication and Product Management at Worcester Bosch, believes that many avoidable boiler breakdowns are being caused by the incorrect use of the pressure relief valves (PRVs).

“It’s not unusual for PRVs to last the lifetime of a boiler if used correctly, as a PRV isn’t a wearable part,” said Martyn. “If a PRV is used incorrectly though, it can quickly become irreparably damaged and lead to a breakdown.

“Unfortunately, PRVs are frequently used erroneously to drain heating systems down. This isn’t what they are designed for and can cause complications yet, due to PRVs being situated at the bottom of a boiler, in addition to being attached to a permanent pipe, it can be tempting to drain a system this way.”

When using a PRV to drain a system, any contaminants in the heating system are drained through the valve itself and end up on the seating of the valve where the valve should re-seal and shut off again.

Martyn continued: “The most noticeable sign of this is apparent when the heating system is put back into operation and you can see water dripping periodically from the valve outside. For the homeowner, this means they must re-pressurise the heating system from time-to-time, but ultimately, the PRV needs to be replaced.

“The system should contain drain-off valves at all low points in the system, and all drops to radiators from above. These are the only places that a system should really be drained from.”