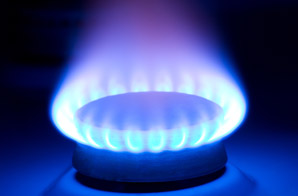 An unregistered gas fitter has been fined for illegally servicing a boiler at a Honiton home that was later classed as “immediately dangerous”.

David Dawes serviced the boiler at a property in Chestnut Way on a number of occasions after it was fitted in 2005. However, the last service, in November 2013, was carried out seven months after his registration with Gas Safe had lapsed, Exeter Magistrates’ Court heard on 27 January.

The lapsed registration came to light when the homeowner asked a properly registered gas engineer to service the boiler. He found a number of defects with the boiler flue and classed it as “immediately dangerous”, meaning it posed a serious risk to life or property.

Mr Dawes, of Monkton, near Honiton, pleaded guilty to three breaches of gas safety regulations, was fined £1,600 and ordered to pay £418 in costs.

HSE inspector Simon Jones said: “Only engineers registered with Gas Safe can legally carry out gas work and it is fortunate no-one was harmed as a result of Mr Dawes illegal and dangerous servicing.

“His poor work servicing the boiler put his customers’ lives at risk. If gas appliances, such as ovens, cookers and boilers, are not properly installed there is a risk of fire, explosion, gas leaks and carbon monoxide poisoning.”