INSIGHT
HOW BIG A THREAT ARE ONLINE BOILER PLATFORMS?
SHARE 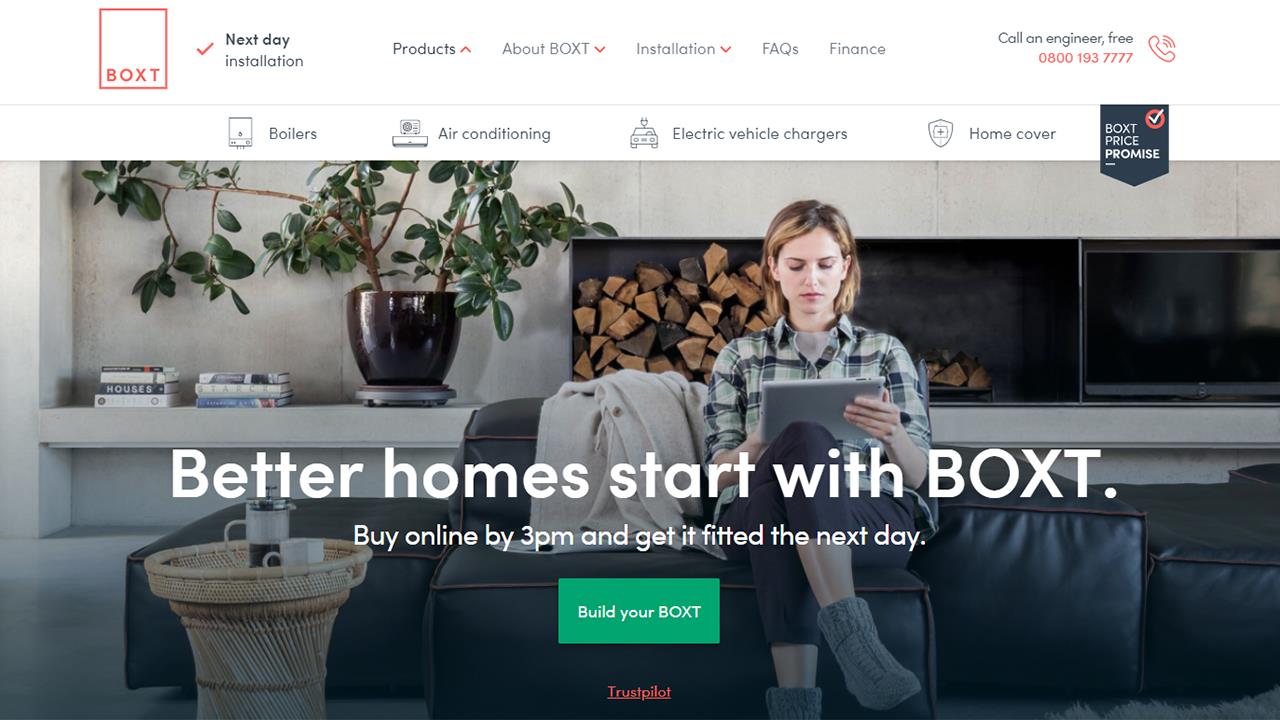 Jude McClean of boilerbrain.co.uk examines the current state of play in the online boiler market and what impact it's likely to have on the industry going forward.

In recent years, numerous traditional industries have been revolutionised and disrupted through the power of digital innovation. Uber, Just Eat, and Airbnb are just some of the most prominent examples of how online platforms can quickly dominate some of the oldest and most well-established markets.

Domestic heating is one of the latest industries to be wrestled into submission and streamlined into the online platform format. For the first time allowing consumers to escape the typical two-week process of having a new boiler installed and instead book a time and date in less than 30 minutes from the comfort and convenience of their fingertips.

But how are these domestic heating platforms performing against each other? British Gas, Heatable, and BOXT are all competing for both the same customers and in many cases the same gas installers, so let’s take a closer look at how the big players in this industry are performing.

Feedback from customers demonstrates just how well received and successful this new digital method of purchasing domestic heating has been.

Newcomer BOXT reports that 30% of customers leave a Trustpilot review, 99% which are ‘excellent’. Considering that they have received 6,262 reviews to date, that means they have sold somewhere in the region of 20,875 boilers since conception.

They reported revenues of £18 million in 2019, quite impressive for a relatively new company. But it is not all good news. According to Companies House, the online boiler installer BOXT lost £2 million last year, but it appears they are willing to take a loss to gain market share.

Heatable is another leading platform building a rock-solid reputation, with over 2,000 reviews, averaging 4.9, and they are demonstrating just how much people appreciate this new method of boiler buying.

The Warrington-based company is currently ranked #1 in the gas engineer category on Trustpilot, far outperforming household name British Gas, who have an average rating of just 3.6 and who are surprisingly not in the top 10 in any category.

The failure of British Gas is perhaps a sign of why this market was in desperate need of innovation. Clearly, customers’ expectations are changing, providing the perfect breakout opportunities for new, smaller brands.

The organic traffic numbers can reveal a lot about a company’s online presence and essentially show how many users are visiting a website. In the online space, it is perhaps the metric that matters most.

Unsurprisingly, according to third party data, British Gas is the leader with a sizeable 2.2 million hits a month, followed by Heatable with 42,000 and BOXT with 30,000.

Yet, without a little context, it is easy to dismiss what you might consider lowly numbers when compared with the huge traffic numbers pulled in by British Gas. This is where brand terms have to be appreciated.

For instance, the majority of the traffic for British Gas is generated from their brand name, or simply people searching the words ‘British Gas’ on search engines like Google. 1.2 million hits to be exact, with the vast majority of the remaining traffic also generated through variations of these branded terms.

The story is very similar for BOXT, with a large majority of their traffic resulting from people searching for their brand name. Not remarkable for a brand that has spent a small fortune on marketing via traditional media channels, such as regular spots on prime-time TV.

What is remarkable is Heatable’s organic traffic figures and how they are generated. The brand has not competed in the same TV and traditional media as British Gas or BOXT.

As a result, it can be assumed that not as many people are so familiar with seeing or hearing the brand and so fewer people are actively searching for the brand online.

Instead, it would seem that the brand has focused on expert and informational content, reviews, and non-branded keywords in order to drive traffic to the site.

It seems that Heatable has opted to build its brand organically and gradually, with a focus on integrity and high-value content, instead of going down the root of aggressive and expensive marketing channels. Right now, it is quite apparent that brands cannot master both.

Many commentators have expressed concern that the online platform prices are not sustainable and that in the long term it may lead to a slip in standards in an industry where safety is paramount.

Moreover, installers themselves feel they will eventually be priced out of the market and lose work to these large and growing online platforms.

Last year Vaillant found itself at the centre of controversy with its customers when BOXT seemingly claimed it was working with the manufacturer, such is the negative feeling towards these platforms from many installers.

But, with a growing market share, there is little doubt that these large platforms have incredible buying power, allowing them to have a strong competitive advantage.

But others, including consumers themselves, feel that the market has been stagnant and uncompetitive for too long, with sparse consumer knowledge and an incomprehensible approach. For example, according to a 2018 Which? survey, 73% of people trusted their plumber, so there is still some room for improvement.

How can engineers respond?

With this major disruption to the industry and one which shows no signs of slowing down, many engineers are finding themselves asking the same question – what can I do to remain competitive?

The reality is that these platforms are targeting the entire country, which means there is still an opportunity for engineers to become a familiar name in their local communities, favoured for excellent customer service and local knowledge, an area where these platforms fall down.

Still, marketing plumbing services is itself a task that many self-employed gas engineers have traditionally struggled with. So, for many, these online platforms are extremely appealing, as operating as a sub-contractor gives them access to a reliable and consistent supply of income throughout the year.