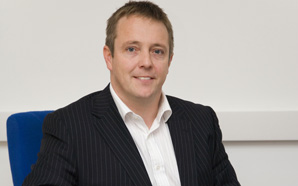 The campaign is designed to encourage consumers to find out more about underfloor heating and see it as a realistic alternative heating system for their homes. In the run-up to the General Election, BEAMA suggests that more steps could be taken to tackle fuel poverty and proposes underfloor heating as a viable solution.

Chris Ingram of BEAMA Underfloor (pictured) said: “Shadow Education Secretary Tristram Hunt recently stated that he would like to give Ofgem the power to force energy companies to cut prices when wholesale costs fall, in order to provide fairer winter fuel costs for UK residents. While this could provide short-term savings for homeowners, it is unlikely to offer a sustainable way in which to fight rising energy prices and ever-increasing fuel poverty.

“Currently, 1 million working households are living in fuel poverty. Not only is this wholly unacceptable in 21st century Britain, but also the ramifications of this poverty include higher-than-average death rates and a severe drain on the NHS; in fact it is estimated that fuel poverty costs the health service £1.5 billion annually.”

Mr Ingram went on to suggest that such negative consequences could be reduced if the installation of energy-efficient heating measures was mandatory in affordable and social housing. As such, Ask for Underfloor is urging the party that comes into power after the General Election to implement suitable measures.

“One way we can future-proof homes is by installing underfloor heating,” continued Mr Ingram. “As well as being one of the most efficient ways to heat a home or flat, it also works effectively with low temperature renewable heat sources.”

He added: “Energy prices are just the beginning when it comes to fighting fuel poverty. We are unlikely to see an improvement in levels of poverty without a significant investment in energy-efficient measures across Britain’s housing stock, which will help protect UK homes against future bills and potential fuel shortages.”