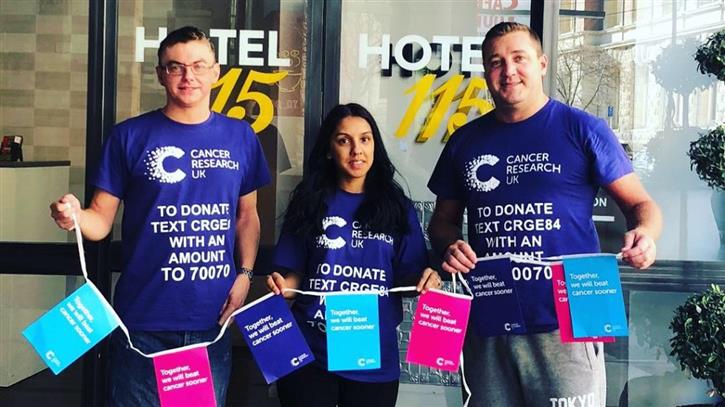 Nine teams from HomeServe took on ‘The Great Escape’ challenge to travel as far as possible in a weekend without spending any money, and managed to raise more than 15,000 for charity.

Funds raised from the record-breaking feat will be donated to charities including Cancer Research UK, Royal British Legion and Acorn Children’s Hospice

The teams got as far as Cape Town, Los Angeles and New Zealand, travelling a collective distance of 34,706 miles in a single weekend.

“Our people are at the heart of what we do and it’s important for us to support the charities and causes that are close to their hearts,” said Alex Covey, Director of Engagement from HomeServe.

“The funds raised are part of our ongoing pledge to support the vital work in the communities in which our people live and work. We’d like to thank everyone involved and for all of those who showed their support and donated to these worthwhile causes.”

A HomeServe Customer Relations team from Preston (pictured) broke a previous mileage record during their adventure, with their charity hitchhike ending up in Christchurch New Zealand. In fact, the team is checking with the Guinness World Records to see if their epic voyage is a record breaker!

The list of chosen charities to benefit from the fundraising includes: