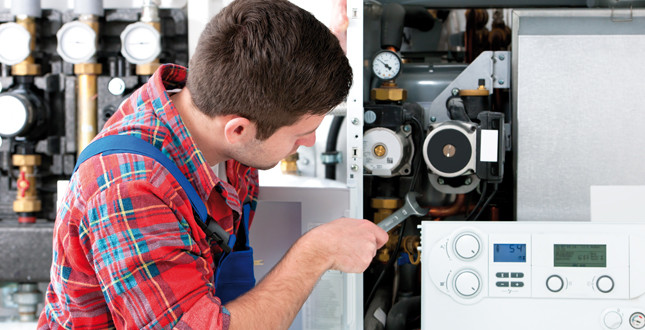 Improvements to heating systems will continue to be a significant driver of the energy saving 'revolution', says BEAMA.

Hands up if you remember the Green Deal? When it was announced by the then coalition government in 2010, it was promised as “the most ambitious energy-saving plan ever put forward. A once-and-for-all refit that will make every home in Britain ready for a low-carbon future.”

The government’s English Housing Survey tracks what work is done in homes and the latest publication (looking at the year 2016 to 2017) makes sobering reading.

About 85% of households had no work done on energy efficiency measures such as insulation, which indicates that we are a significant distance from seeing the energy saving revolution that some politicians hoped for.

However, there is a quieter revolution going on. Real progress continues to be made on improving the efficiency of heating systems, and we should never forget that these form a huge part of the energy bills for most homeowners, with boilers typically responsible for over 70% of the energy use in a home.

The English Housing Survey looks at work on heating systems separately from work on energy efficiency measures, but it shows that over half of people had some work done on their heating system, even if only to have their boiler serviced.

The latter is a good way to maintain the efficient operation of the boiler, but also presents an opportunity for customers to be advised about other ways to reduce their fuel bills.

Changes to the Building Regulations have ensured that for the last 10 years nearly all boilers have to be of a condensing type, and it is even longer (around 20 years) since the regulations made it a requirement that all heating systems should have effective controls installed.

The recent Boiler Plus amendments attempt to take further steps to ensure that installed systems will run efficiently, while the latest version of the Energy Performance of Buildings Directive introduces a requirement for TRVs to be installed when a boiler is replaced – thus making sure that waste heat around a property becomes a thing of the past. All of these factors mean that work on heating systems tends to inherently provide greater energy efficiency.

On top of this, it’s noticeable that policies set up to encourage improvements to inefficient heating systems, such as the boiler scrappage scheme several years ago, tend to be very popular with householders and get oversubscribed very quickly.

This just serves to emphasise the win-win nature of encouraging heating improvements as customers value the greater comfort and efficiency improvements, and government achieves substantial carbon savings that will make the introduction of incentives worthwhile.

Most studies of the effectiveness of schemes to drive the uptake of energy efficiency conclude that changes to regulations or the availability of financial incentives are the best ways to deliver this. However, in the current financial climate the availability of financial incentives seems to be limited, so it should be seen as a hugely positive situation that well targeted regulation in the heating sector continues to have a positive effect, and doesn’t appear to raise any significant objections from consumers.

One of the lessons of the Green Deal is that the vast majority of people don’t necessarily want to spend money on energy efficiency. So, the best time to encourage such improvements will almost always be when other work is being done, with the customer given a common sense argument to spend a little bit more on this work to achieve a much lower lifetime cost of the investment. The regulations for heating obviously work well in this respect, and we shouldn’t underestimate the role of the installer to ensure that systems are compliant with these regulations and to explain the benefits to their customers.