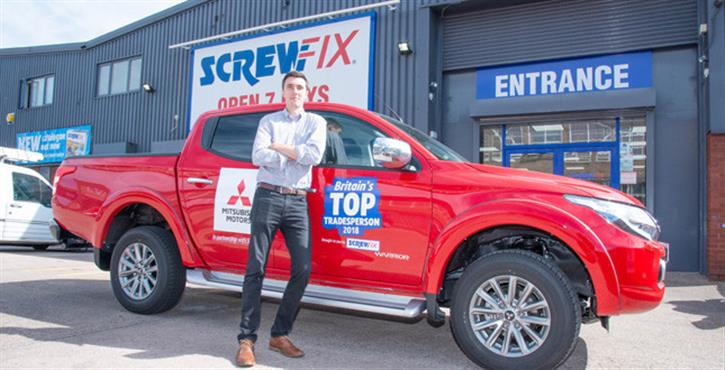 Entrepreneur, inventor, and heating engineer Ben Kuchta, age 27, from Nuneaton, has been highly commended in a competition to find the best tradesperson in the country.

Ben set up his company, Quantic Corporations in 2010 and impressed the judges with his enthusiasm, innovation, and commitment to supporting his trade.

Ben recently took up the position as Chair of the IGEM Midlands section, and under his stewardship has developed a program to widen the scope of inclusion, bringing in technicians who want to increase their knowledge, understanding and skills.

One of his proudest achievements is the introduction of innovative products into job specifications. Ben personally developed (and patented) a safety device to protect customers from the threat of carbon monoxide poisoning which was trialled in 2017 and won the H&V News Awards for Safety Initiative of the Year.

Caroline Welsh, Director of Brand and Marketing at Screwfix said: “It was a tough decision as this year each of our 11 finalists were outstanding in their own way.

"Ben certainly demonstrated dedication, commitment and a desire to provide a great service and his patented safety device innovation was impressive. His inventive solutions, combined with his passion and enthusiasm, were attributes that we could not ignore and Ben deserves to be highly commended against a very strong entry”