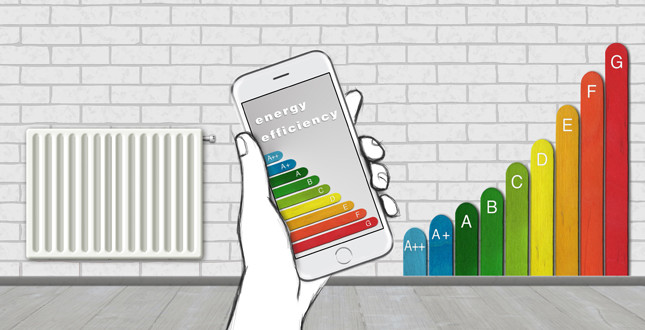 Insulation without heating controls only solves half of the energy efficiency puzzle, says Colin Timmins.

In the context of energy efficiency, you may sometimes hear heating controls referred to as ‘soft measures’ and compared unfavourably to ‘hard measures’ like insulation.

Apart from the assumption, quite commonly made, that the savings from controls are all to do with behavioural effects, what’s wrong with this statement is the assumption that we should be comparing the benefits of insulation against those of heating controls.

In fact, insulation and heating controls work together to deliver energy savings, and insulating a property where there are no heating controls means you’ve only tackled part of the problem.

From a technical viewpoint, insulation is important because it reduces the heat loss from a dwelling, and therefore reduces the amount of heat required to keep that building warm. But in order for this to translate into an actual energy saving, there needs to be some form of control to reduce the operation of the boiler in response to this reduced heating demand.

Calculations of the energy savings provided by insulation will be based on the building being heated to the same temperature both before and after the insulation is installed, taking for granted that this will be the case whether or not the building has temperature controls fitted. Yet maintaining temperatures isn’t something that happens automatically.

As test work on heating controls carried out for BEAMA at the University of Salford has shown, a boiler without controls will overheat the building and use far more energy than it needs to if the heating demand is less than the heating output of the boiler.

This tends to be the case for most of the time when a boiler is operating given that its heat output will have been designed to match the worst days of winter rather than the average, and is the primary reason why heating controls are required for new heating systems.

But the fact that around half of existing UK homes don’t have suitable heating controls (by which we mean a room thermostat and thermostatic radiator valves) means that we should be treating heating controls as a necessary upgrade whenever a home is insulated.

This shouldn’t come as a surprise, but the role of heating controls as part of the measures needed to improve the energy efficiency of homes does seem something of a blind spot for policy makers.

With the advent of targets for energy efficiency in the recently published Clean Growth Plan, and a consultation expected next year on the future Energy Efficiency Supplier Obligations, it really is time that a more joined up approach is taken to the implementation of energy efficiency refurbishments.

A study carried out for the now defunct Department of Energy and Climate Change a few years back highlighted some of the practical problems that can occur. The report, titled Domestic energy use study: to understand why comparable households use different amounts of energy, threw up a number of interesting findings.

One of these was that some households who had received free or discount cavity wall or loft insulation reported that it had made rooms too warm.

Unfortunately this was covered in a section called ‘other (potentially) useful findings’, so it didn’t look any further at these homes. We would have expected such an investigation to uncover that these had no room temperature controls, and that their resulting bills were higher than anticipated.

You would expect that this would have raise a flag about some of the limitations of installing insulation without making sure that there are controls in place to prevent overheating, but so far this does not seem to have been the case.

This gap in analysis can also be traced back to a study done by Glasgow Caledonian University for the Energy Saving Trust in 2006. The report looked to identify reasons for the difference between measured and theoretical energy savings for loft and cavity wall insulation measures in homes.

A whole host of potential reasons are suggested for why the actual savings can be as little as a third of what is predicted, but not once did the absence of controls even get mentioned – even though this is the single thing that will determine whether the house gets warmer or the boiler uses less energy.

The last thing we would want is for this to convince anyone that insulating their home is a bad idea. Adding insulation to existing homes is eminently sensible, but there needs to be a wider understanding that also having heating controls is essential.

Any initiative to improve energy efficiency should have both insulation and heating controls at its heart so that it is able to fully deliver the twin objectives of lower energy bills and more comfortable homes.