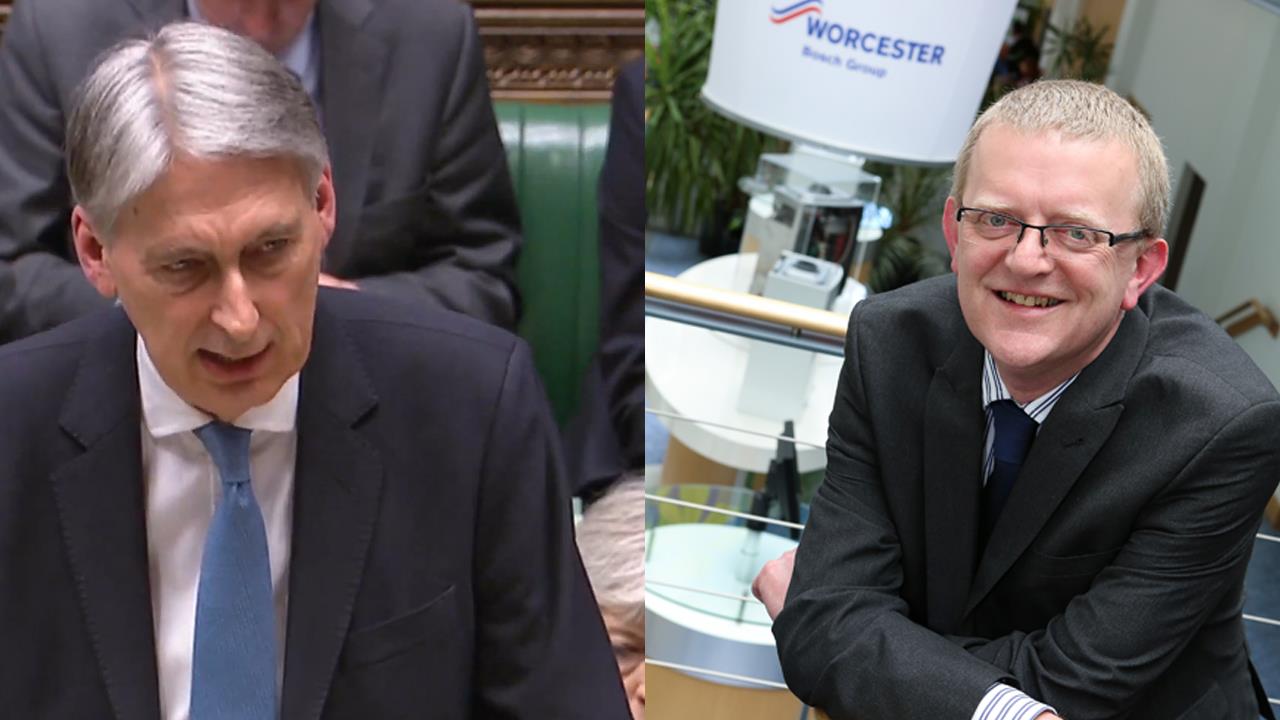 Martyn Bridges, Director of Technical Communication and Product Management at Worcester Bosch, looks at how the Spring Statement announcement, confirming the government’s intention to ban fossil fuels in newbuilds from 2025, will impact the heating sector.

On Wednesday 13 March, Philip Hammond gave his Spring Statement at the House of Commons. While lots of items were covered, there was one part that directly affects our industry. Taking advice from the Committee on Climate Change, the Chancellor announced that gas boilers will be banned from newbuild homes from 2025.

The pressure on the government around decarbonisation is well placed. It is a major issue that needs to be solved and, while steps have already been made in other industries such as transport, decarbonising heat is much more difficult to crack.

This means that banning gas boilers from future newbuild homes doesn’t necessarily help solve the problem and it definitely doesn’t facilitate decarbonisation. In short, the reports that the Chancellor may have got his information from only look at the emissions from the boiler itself, instead of where the fuel for that boiler comes from.

My concern is that the statement may not have been as informed as it may seem. If the government’s plans go ahead and all newbuilds are off-gas, then electricity for solutions such as heat pumps still needs to come from somewhere. Unless the electricity comes from a zero-carbon source, it defeats the object.

Let’s say that gas-fired boilers are banned from all homes in the UK and electricity is solely used for heating. To produce the amount of energy needed to power this would be the equivalent of 30 nuclear power stations – which is something the UK just can’t facilitate in the foreseeable future.

What doesn’t necessarily help is that electricity is sometimes perceived as a renewable energy, which isn’t the case. In the last 12 months, 47% of the electricity was generated by gas-fired power stations. In the winter, when you really need heating, it was much more. As a comparison, in the same 12 months, only 19% was produced from wind.

Basically, gas boilers shouldn’t be banned from newbuild homes like the Chancellor has said. Instead more support should be going into technology and concepts that aim to decarbonise it.

The win-win here is for the government to be technology agnostic. By that I mean government should define the energy performance standards for which they want new homes built to and then enable the industry to innovate and deliver technology solutions to deliver those outcomes.

The Building Regulations are currently non-prescriptive on technology and, with no single technology likely to be the only answer to decarbonisation, the government should allow the experts to decide on what is best – quite literally on a ‘house by house’ basis.

Worcester Bosch is heavily involved with research into hydrogen gas as an alternative, zero-carbon fuel. We are even developing a hydrogen gas-firing prototype to prove that hydrogen gas can be part of the solution for existing and newbuild properties.

It is a shame that the government has made a perhaps ill-advised decision on newbuilds. However, we will continue to investigate and trial hydrogen gas for the foreseeable future. Even if all newbuild homes from 2025 onwards don’t have gas boilers, there are still a large number of homes on the gas grid that are suitable for hydrogen as a fuel.

Of course, the overall goal is to find a suitable and realistic way to decarbonise heating and hot water in this country and there is still a number of steps that need to be taken. Simply banning gas isn’t the answer.

2025 CHANCELLOR DECARBONISATION GAS GOVERNMENT HEATING MARTYN BRIDGES NEWBUILDS PHILLIP HAMMOND SPRING STATEMENT WORCESTER BOSCH
Tweets by HVP
Make sure you’re on top of changes in the industry, and sign up for free to receive your monthly copy of HVP and our weekly email newsletter
SUBSCRIBE TO NEWSLETTER
SUBSCRIBE TO MAGAZINE