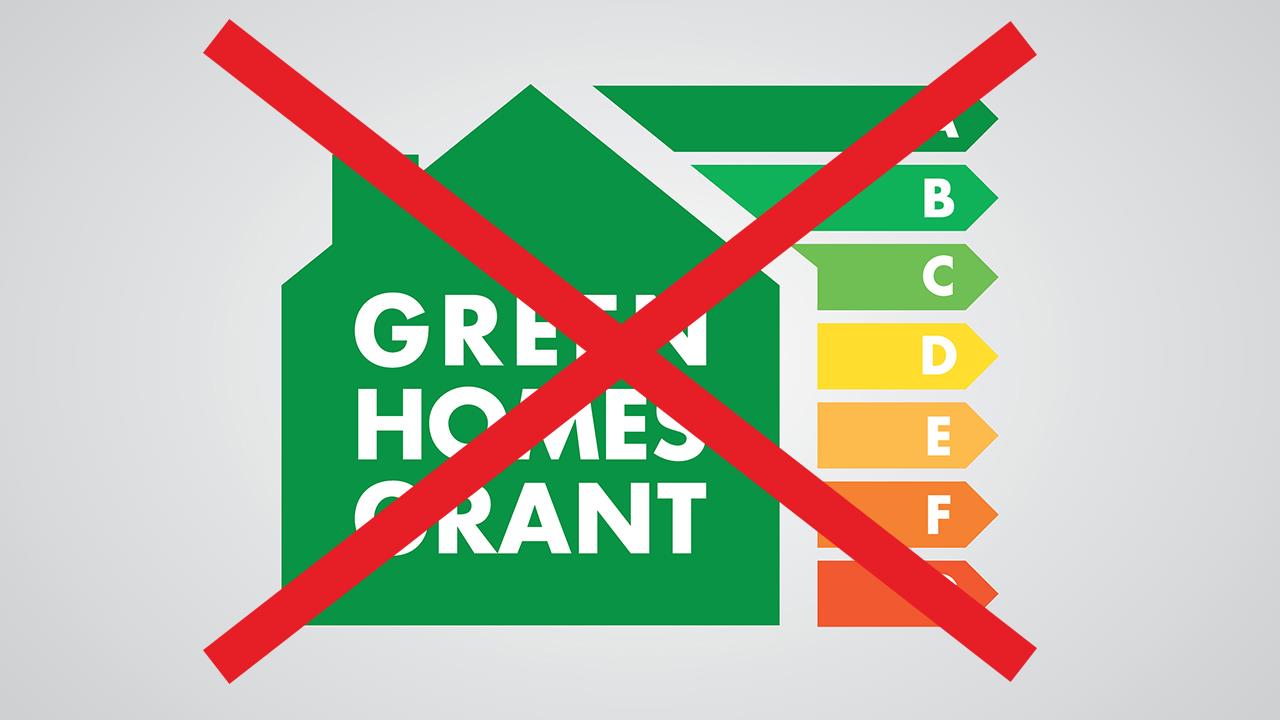 The government has announced that its flagship consumer energy efficiency and low carbon heating programme, the Green Homes Grant, is to be axed from 1 April.

Following a review, the Green Homes Grant Voucher Scheme launched last year will close to new applications on 31 March at 5pm. Applications made before the end of March deadline will be honoured and any vouchers already issued may be extended upon request.

To date, more than 96,000 applications have been made through the Green Homes Grant Voucher Scheme and more than 39,000 vouchers have been issued. The government expects to issue vouchers worth a total value of £300 million by the time the scheme closes on 31 March 2021, just a small fraction of the £2 billion initially earmarked for the programme.

The scheme had initially been extended to the end of March 2022, but stringent requirements for tradespeople to become accredited resulting in few available installers, as well recent reports of delayed payments, demonstrated that the scheme was struggling to deliver on its initial promise.

The £300 million that had been earmarked for the Green Homes Grant going into the next financial year will instead now go to a programme for energy efficiency and low carbon heating schemes administered by local authorities, targeted at lower income households.

Business and Energy Secretary Kwasi Kwarteng said: “Upgrading the country’s homes with energy efficiency measures means we can cut emissions and save people money on their energy bills.

“Today’s funding boost will mean even more households across England are able to access these vital grants through their local authority.

“This latest announcement takes our total energy efficiency spending to over £1.3 billion in the next financial year, giving installers the certainty they need to plan ahead, create new jobs and train the next generation of builders, plumbers and tradespeople.”

Peter Thom, Managing Director of installation company Green Heat, said: "The question people will be asking is: why did a £2 billion government-funded scheme not work?

"This the nub of the issue with installers not engaging with this scheme, and why would they? Many of us were burnt by the Green Deal.

"We need a solution for the professional heating engineer to lead the way towards zero carbon without the red tape. Climate change will be resolved with engineering solutions by engineers, not an army of inspectors and accreditation bodies feeding off the top."

Mark Wilkins, Technologies and Training Director at Vaillant, said: "Installers have been given a burdensome process to claim the vouchers and had to apply for extra accreditation through Trustmark and then, with very little notice, funding has then been withdrawn because it doesn’t work. Vaillant has been working with other manufactures and the Heat Pump Association to develop and deliver a low carbon training plan to support heat pump engineers, by closing the GHG removes the incentive for small businesses to upskill and fit heat pumps.

“Vaillant calls for a rapid enquiry into the failure of the GHG so that we can build the trust back up within the industry that heat pumps are a key method to decarbonise the UK and develop the Clean Heat Grant to make it a success when it is due to launch in March 2022.”