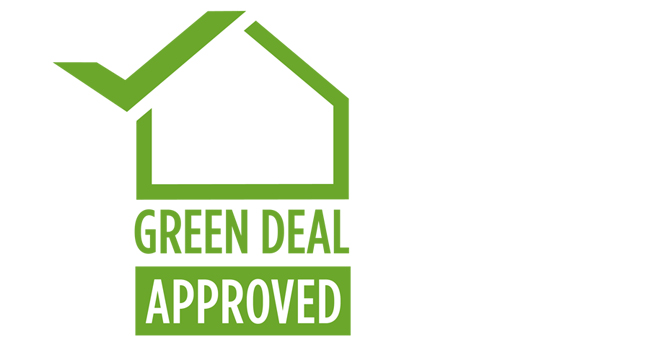 Further funding to the Green Deal Finance Company (GDFC) has been cut and there will be no further releases of the Green Deal Home Improvement Fund (GDHIF), the Department of Energy & Climate Change (DECC) announced on 22 July.

Amber Rudd, Secretary of State for Energy & Climate Change, expressed her desire for industry and consumer groups to work with government to develop a new policy framework for energy efficiency.

This move is part of a wider reassessment of energy efficiency policy by the Conservative Government.

Industry has responded with dismay at the news and is urging government to act quickly to create workable policy that will encourage uptake of energy efficiency measures and end the uncertainty.

Julie Hirigoyen, chief executive of the UK Green Building Council, said: “With each passing day, this government puts an end to another green policy. Government's strategy on dealing with high energy bills through home energy efficiency is now dead in the water.

“While the Green Deal was by no means perfect, the principle of enabling households to install energy saving measures without paying upfront costs was sound. The irony is that the scheme was finally becoming established and the number of plans was growing.

“This is yet another announcement with no forewarning that will leave the energy efficiency industry battered and bruised.”

However, despite echoing Ms. Hirigoyen’s disappointment, the Heating & Hotwater Industry Council, (HHIC) said the news came as no surprise.

“This policy failed to engage with both installers and consumers, and delivered little in terms of energy efficiency. Its demise therefore is expected and understandable,” said HHIC director, Stewart Clements.

“I am concerned that little thought appears to have been given to a replacement - there are still over 12 million inefficient boilers fitted in UK homes, with almost 80% of homes not having even the most basic controls. Our aging housing stock remains one of the worst in Europe and if we are to support ‘hard working families’, while achieving our carbon emission targets, then a new mechanism needs to be developed.

“We will look to engage with DECC in the coming weeks on the development of a new scheme; one that is more inclusive and engages the whole supply chain.”

Kevin Wellman, chief executive officer of the Chartered Institute of Plumbing & Heating Engineering (CIPHE), has consistently voiced his doubts about the scheme and has made his thoughts clear to government officials in the past.

“We always felt the Green Deal was flawed and clearly put home owners who took up the loan at a disadvantage, especially when they wanted to sell their home. The loan is attached to the property and added to the electricity bill, so if it was assessed for the needs of a large family wanting lots of hot water, etc., the same rule may not apply to the new occupiers who bought it. They could be paying much higher bills in the long run.

“I do support all appropriate measures to reduce our carbon footprint and when the government is ready to start planning a new or alternative scheme, I urge officials to talk to the CIPHE. The Institute has many members (micro SMEs) who are qualified and competent to install renewable technologies. I have no doubt that as the chartered body for the plumbing and heating industry, we can put in place a scheme that is cost effective, achievable and most importantly works in the public interest."

Dave Sowden, chief executive of the Sustainable Energy Association, said the SEA also looked forward to engaging with the government to deliver a sustainable, affordable and suitable energy efficiency policy framework for the future.

“It will be important to listen to the government’s forthcoming proposals," said Mr Sowden. “Amber Rudd has stated that alleviating fuel poverty is a priority for her, which is laudable. However, in light of the announcement it is important the government examines a means to assist the able-to-pay to access energy efficiency technologies affordably. This has to be an opportunity available to all.”

“Policy should capitalise on the abilities of businesses that are able to deliver energy efficiency measures to domestic and non-domestic properties across the country.”

“The SEA will provide information and research wherever possible to ensure that targeted and focused policy can spread the opportunity offered by energy efficiency and building scale energy measures as wide as possible.”

The Federation of Master Builders (FMB) agreed that government must set out a clear vision for what will replace the Green Deal.

Brian Berry, chief executive of the FMB, said: “This announcement is the final nail in the Green Deal’s coffin. The Green Deal was the greatest flop of the last Parliament – it failed spectacularly in its mission to incentivise millions of householders to improve the energy efficiency of their homes.”

However, he said that the government would have been wise to reform, rebrand and relaunch the Green Deal rather than scrap it altogether.

“What’s clear is that the need to improve the energy efficiency of our properties is an increasingly pressing priority, but the government is showing very little leadership or ambition. The goal of insulating a million more homes over the next five years is a meagre target when you consider that around 5 million homes were provided with energy efficiency improvements through various schemes over the past five years.

“Although the Green Deal was disappointing in terms of what it achieved, it demonstrated that government was serious about reducing the carbon emissions from our homes. As we get closer to the 2050 carbon reduction target, the government should be increasing investment in this area but instead, Ministers have side lined energy efficiency – filing it under “too difficult and too expensive.”

“The government and industry should not be defeated by the poor results driven through the Green Deal and instead we must learn the lessons and move forward. Investing in our existing homes is the best way to drive up jobs and growth while driving down fuel poverty and carbon emissions. There are lots of measures and incentives which could kick start activity in this area – the government should provide home owners with zero interest loans to make their properties energy efficient. This move could generate more tax revenue for the Treasury than it costs to subsidise, an approach which has worked well in Germany so why not the UK?”

The British Property Federation (BPF) has urged the government to ensure that its failure does not impact on the ability of property owners to comply with the incoming Minimum Energy Efficiency Standards (MEES).

The BPF is concerned that there are many property owners who would have been relying on the Green Deal to finance energy efficiency improvements and reach MEES, but has welcomed the announcement that those who have existing Green Deal plans will not be affected by the announced action.

Ian Fletcher, British Property Federation director of policy (real estate), said: “It won’t come as a surprise to many to see that the government has decided to end its financing of the Green Deal Finance Company.

“Many will use this as an opportunity to bemoan the scheme and its failings, but of greater importance is where we go from here. The end of the Green Deal will impact on many other policy areas including the MEES passed by the previous government, which was designed to dovetail with a pay as you save energy efficiency scheme.

"We are concerned that without a functioning pay as you save scheme, the premise set out in the regulations that meeting energy efficiency targets should come at no upfront cost to the property owner is now in jeopardy.

"The end of the Green Deal should not be associated with an end to the government’s support for helping people to achieve warmer homes that are cheaper to heat and better for the environment and we look forward to working with officials on its replacement, but engagement needs to proceed quickly in order that we do not lose momentum or capacity in the market.”