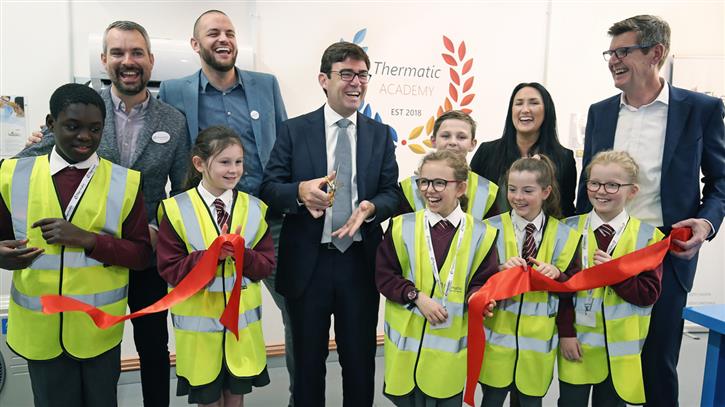 The Academy has been created by Thermatic, and developed in partnership with the Salford Foundation, which supports social and academic development of young people and adults in Greater Manchester.

Its aim is to help address the growing skills shortage in the engineering sector and to make engineering more appealing and accessible for young people, regardless of gender.

Mayor Burnham said: “Facilities such as Thermatic’s are not only providers of knowledge and skills but they are also economic drivers, because they help increase opportunity, improve productivity, reduce wealth inequalities and help meet the need of the communities and region in which they are based.

“My ambition in Greater Manchester is to create an integrated employment and skills eco-system which has the individual and employer at its heart and contributes to the growth of our economy. I want to see an employment and skills system where young people will leave education with the attributes they need to succeed.”

Thermatic’s hope is to encourage a new perception of the engineering industry and the new academy is part of their ongoing ‘Women in Engineering’ campaign, which has already seen two new female HVAC engineers taking up roles.

Colin Tennent, Chairman of Thermatic, said: “Our sector is simply not the go-to sector for those leaving school and so this academy is about investing in the future of the community and the industry with the purpose of not only tackling the skills gap in our industry, but also to inspire the next generation to pursue a career in engineering.”