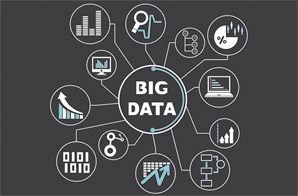 Advanced algorithms could soon be used to dramatically improve the energy efficiency of district heat networks due to a £7 million funding programme from the Department of Energy & Climate Change (DECC).

Smart metering firm Guru Systems’ proposal for a web-based tool to analyse network performance data has made it through to the first round of the government competition, which will see the company conduct feasibility studies.

The technology would significantly reduce the risk of costly inefficiencies on heat networks, says Guru Systems. These networks are becoming increasingly popular as planning departments promote an ‘eco-first’ approach to new developments.

Using algorithms that build on techniques developed for Big Data applications, the technology will be able to recognise patterns in performance data and identify the likely source of any inefficiency.

As well as identifying the problem, the new system will also propose solutions ranked by cost-effectiveness, while machine learning will ensure the algorithm’s accuracy continues to improve the more data it analyses.

The company’s project is among 17 schemes to be awarded a share of the government body’s initial £1 million fund, which was set up to encourage more innovative solutions to drive down energy bills and boost low carbon heat supplies in the UK. It is expected that up to 10 of the best projects will then share a further £6 million to fully implement their plans.

Guru Systems’ smart metering technology has already been installed in more than 3,000 properties on 35 district heat networks across the UK. The company’s existing systems allow operators to accurately calculate the cost of heat generation and consumer usage in real time, reducing risk and giving peace of mind.

Casey Cole, managing director of Guru Systems, said: “The tool will allow heat network operators to better understand and improve efficiency on their own systems, without leaving their desk and without the need for expensive consultants.

“Losses on district heat networks are a huge issue for the increasing number of landlords and developers looking to build district heating systems into their plans.”

The company has estimated that the software could improve the energy efficiency of district heat networks by up to 25%, with a potential CO2 saving of 27,000 tonnes per year across 100,000 homes.

There are now an estimated 2,000 heat networks in the UK, supplying local, renewable heat to more than 400,000 homes and 1,700 commercial and public buildings. A further 150 schemes are known to be under development by local authorities across the UK.

Energy & Climate Change Secretary Ed Davey said: “This competition is all about supporting innovation and progress in the heat industry so we can heat more homes across the UK for less, while at the same time improve energy efficiency and cut the UK’s carbon emissions.

“More support for local heating projects will also give jobs in the sector a huge boost, with the value of the district and heat network market expected to rise to around £530 million this year.”

DECC hopes the competition will help to stimulate innovation in heat network technologies and bring the UK a step closer to generating 14% of demand through that method by 2030, while reducing carbon emissions and cutting bills for consumers.

Successful bidders for the next round in the competition will be announced in April.