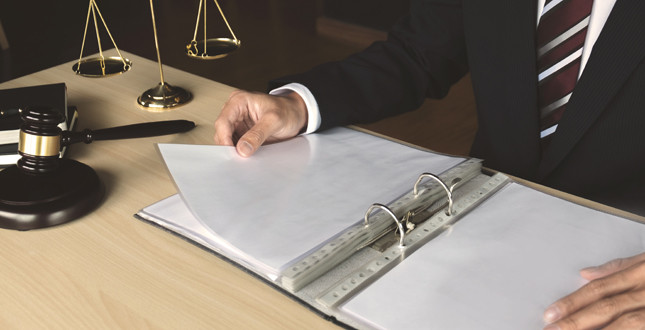 A recent high profile Pimlico Plumbers employment case has demonstrated the need for employers to be crystal clear over the employment status of their staff, says Chloe Themistocleous, an Associate at Eversheds Sutherland (International).

The ever-evolving nature of the modern workplace has seen employers being thrown into the media spotlight over the past 18 months. Generating the most interest recently has been a case involving plumbing firm, Pimlico Plumbers, and an individual, Gary Smith, who brought several claims after being dismissed following requests to reduce his working hours after a period of ill-health.

Mr Smith brought claims of unfair and wrongful dismissal, disability discrimination, unpaid wages, and holiday pay. The key question for the employment tribunal to answer in the first instance was whether Mr Smith was, in fact, an employee, a worker, or was self-employed, because his rights hinged on where in the three-tiered hierarchy Mr Smith sat.

Following a sequence of judgments and appeals all the way to the Supreme Court, Mr Smith was ultimately found to be a worker.

When employers get their assessment of employment status wrong, not only they can they get tribunal judgments against them publicly published and suffer the related reputational damage that follows, they also risk a huge financial burden of other claims being made by the remainder of the workforce.

If an individual is deemed to be an employee, they will benefit from the greatest level of employment law protection and will have the right not to be unfairly dismissed.

It is, however, more common for individuals who are thought to be self-employed to be determined to be workers which entitles them to be paid national minimum wage, receive holiday pay, and pension contributions.

Debating employee status is nothing new to employment tribunals – hundreds of cases have tested this point over the years, with many being denied the opportunity to pursue their claims by virtue of the fact that they do not fit into a category which affords them the rights to do so.

Unhelpfully, the law does not provide a clear definition of what an ‘employee’ or ‘worker’ is. Tribunals have to decide which category an individual falls into based on a number of tests developed through decades of case law. This includes whether an employee is required to carry out the work personally, or whether they are allowed to send a substitute to carry out work; whether an employer is obliged to provide work, and whether the individual in turn is obliged to accept it; and the level of control exercised by the employer over the individual.

Other indicators that might be considered are the level of financial risk incurred by each party, who is responsible for paying tax, and working hours and pattern.

In Mr Smith’s case, he wore Pimlico’s uniform, drove their van, was required to work at least five days per week, and was bound to comply with the company manual which appears inconsistent with a self-employed person. He could, however, send a substitute in his place when he could not work, was under no obligation to accept work offered to him (nor was the business obliged to offer it to him), and was not paid a salary, instead being required to raise invoices for payment.

Disguising an employee or worker as a self-employed person can have serious tax implications. Self-employed individuals do not pay tax through PAYE and instead are responsible for handling their own tax affairs and paying their own National Insurance Contributions (NICs) by completing a self-assessment on an annual basis to HMRC. In some circumstances, they may even have to register for VAT.

Employees and workers however do not have to worry about handling their own tax affairs, as they are taxed through the PAYE system which collects income tax and NICs at source through the businesses payroll (or via an agency for some workers).

If an individual is found to be an employee or worker, as opposed to a self-employed person, the employer could find itself liable to pay for backdated tax and NICs, associated interest, and penalties, which could run back a number of years. For large businesses, if this mistake is widespread among the workforce, it could be extremely costly.

With this in mind, having robust contracts that correctly reflect the parties’ relationship is of vital importance. Where the actual relationship of the parties is different to what the contract describes, it would be advisable to undertake a thorough review of the engagement because the tribunal will look beyond the label given to the individual’s status and will consider the true nature of an individual’s employment status, determined on the reality of the work being carried out and how it is done.

It is also worthwhile being aware that an individual’s status could change over time, so conducting reviews of contracts at appropriate intervals is advisable, making amendments where necessary. It is also important to remember that a ‘one-size-fits-all’ contract is unlikely to be specific or tailored enough to each member of the workforce and should be avoided. As always, if in doubt, take advice.