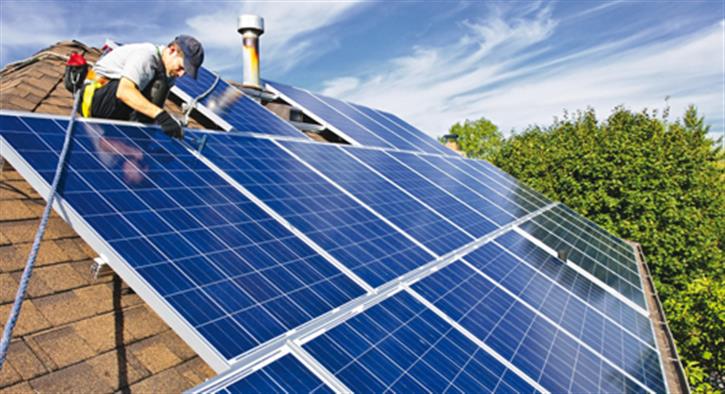 New measures to deal with the projected over-allocation of renewable energy subsidies were announced on 17 December, following recent consultations.

Renewable energy subsidies are paid for via energy bills through a number of schemes including the Feed-in Tariff (FiT) and Renewable Obligation (RO). Government decided on a set amount that would be paid to renewables by 2020 and, earlier this year, the Office for Budget Responsibility projected that the amount would be exceeded, meaning bill payers would have to pay more. Government has since taken action to reduce this overspend.

The FiT is a scheme where you can be paid for the electricity you generate from solar, wind, hydro or anaerobic digestion power. This gets paid even if you use it yourself as well as for any surplus electricity you export to the grid.

In the FiT review consultation, updated tariffs for solar, wind and hydro power were proposed and industry was asked for feedback.

As a result, government has announced revised tariffs, including a new tariff for domestic-scale solar of 4.39p /kwh. This is higher than the originally proposed tariffs.

The new FiT rates provide a sustainable return for anyone investing in small scale renewable technology that contributes to our energy mix without imposing unnecessary burdens on bill payers who subsidise the renewables industry.

The RO came into effect in 2002 in England, Wales and Scotland, followed by Northern Ireland in 2005. It places an obligation on UK electricity suppliers to source an increasing proportion of the electricity they supply from renewable sources.

For the RO scheme for solar PV with a capacity at 5MW and below, government has announced it will:

“My priority is to ensure energy bills for hardworking families and businesses are kept as low as possible while ensuring there is a sensible level of support for low carbon technologies that represent value for money.

“We have to get the balance right and I am clear that subsidies should be temporary, not part of a permanent business model. When the cost of technologies come down, so should the consumer-funded support.”

As costs continue to fall and we move towards sustainable electricity investment, it becomes easier for parts of the renewables industry to survive without large subsidies.

The announcements today give a total reduction of £500m-£600m from the LCF overspend.

RenewableUK’s chief executive, Maria McCaffery, said: “It’s good that the government has listened carefully to our concerns about their original proposals, and has modified some of them based on evidence we have supplied.

“The cuts in tariffs for small and medium-scale wind energy projects remain challenging, but they are not as severe as those originally proposed, meaning that a greater level of new capacity can come forward.

“However, we do have concerns about the use of deployment caps and the pace of degression rates, as these may limit the abilities of homeowners, farmers and small businesses to get involved in generating their own power, and secure ongoing cost reduction.

“We welcome the fact that the government has heeded our requests on certain specific issues, such as re-introducing pre-accreditation for medium-scale wind projects - this means that developers will have confidence to invest and deliver cost savings. We are also pleased to see that our request for the introduction of a specific level of financial support for smaller turbines (50-100 kilowatts) has been accepted by Ministers.

“The next steps are crucial – we need government and industry to work together to set out a clear vision for small-scale renewables, tackling red tape and stimulating innovation. This will deliver subsidy-free renewables and bring power to the people.

“The vast majority of the public wants us to make greater use of renewable energy in our homes, on our farms, and in our factories and offices. The government has seen the benefits of this, and has gone some way towards heeding that message with the publication of today’s review.”