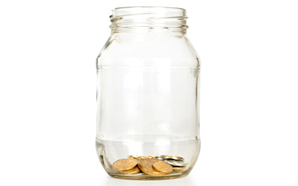 Up to £24 million worth of funding for solid wall insulation has been allocated to households in England and Wales through the second release of the Green Deal Home Improvement Fund (GDHIF).

Applications for solid wall insulation have now closed after the funding limit was reached just 24 hours after the fund was re-launched.

Energy & Climate Change Minister Amber Rudd said: “The Green Deal Home Improvement Fund has been incredibly popular – it’s helping thousands of people have warmer homes and more control of their energy bills. Although the fund for solid wall insulation is fully allocated, there’s still money available now for a range of other measures and another release of funding is expected in February.”

Subject to terms and conditions, domestic energy customers can still apply for up to £6 million to make energy efficient home improvements through GDHIF, including:

Remaining funds are limited and DECC may vary the terms of the scheme (including the incentive rates) or suspend or close the scheme, with immediate effect, without notice and at any time.