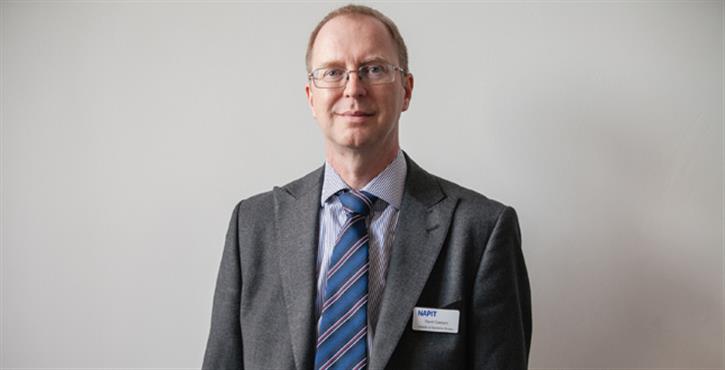 Managing director of NAPIT Certification, David Cowburn, discusses the recent consultation on the Energy Company Obligation and how this could affect those living in fuel poverty in the future

With the current Energy Company Obligation (ECO) nearing its end on the 31st March 2017, NAPIT has been active in consulting with the government regarding its plans to introduce a new five-year supplier obligation in its place. Currently, the government is debating the possibility of extending the current ECO by a year as part of a ‘transition period’ prior to the introduction of a five-year scheme. As a stakeholder, NAPIT was recently invited to provide responses to a series of questions regarding the proposed transition period and the future of ECO.

ECO is a government energy efficiency scheme in Great Britain aimed at reducing carbon emissions and tackling fuel poverty; for this reason, NAPIT has always maintained strong positions on how the obligation should be implemented. It is a massive issue, since approximately 10.5% of householders in Great Britain suffer from fuel poverty. Currently, ECO possesses three distinct targets that are required for energy suppliers. These include the Carbon Emissions Reduction Obligation (CERO), the Carbon Saving Community Obligation (CSCO) and the Affordable Warmth Obligation. These building blocks have been instrumental in providing low income households with energy efficient installations, including loft and wall insulations or replacement boilers.

In a bid to increase the scheme’s focus on supporting fuel poor households, coupled with improving cost effectiveness, the government has proposed that the Affordable Warmth Obligation should become the sole supplier obligation from 2018 onwards, whilst incorporating elements from the other two obligations. The proposed transition period would however maintain CERO until the implementation of the five-year scheme. In our response to the government consultation on ECO, NAPIT expressed its support for the proposed transition period as we believe it will provide certainty to the market and allow for time to consider longer-term plans. We also agreed with the proposal to realign the obligations above by increasing both the Affordable Warmth obligation and CERO during a transition period.

Our only concern with the realignment of the three obligations is the removal of CSCO, since this obligation aimed to deliver primary insulation measures restricted to any home within the 25% most deprived in Great Britain and primarily promoted the tackling of fuel poverty in rural areas through a rural-sub-obligation. On the latter, NAPIT was asked whether we agreed with plans to stop the rural sub-obligation from April 2017 with the new transition period. We agreed that whilst this would be beneficial from a cost effectiveness point of view, we had concerns that the lack of a rural sub-obligation could have a negative impact on those living in fuel poverty within rural areas. In accordance with this fear, we suggested that an uplift could be applied within the new Affordable Warmth Obligation to encourage deployment in rural areas to mitigate this impact.

Despite these concerns, we believe that the changes proposed by the government will provide a cost effective means of dealing with the problem of fuel poverty. In 21st Century Britain, no household should have to suffer the negative impacts of fuel poverty on their wellbeing. For this reason, the government’s intention to increase the element focused on fuel poverty from £310 million to £450 million can only be viewed as positive. Especially since they have claimed the proposals will result in over one million warmer homes over the course of the current parliament.

At NAPIT, we are going to continue to monitor this debate in close detail, starting with the results of the consultation. We hope that the result addresses our concerns, whilst affirming the positive changes we believe the future will hold for ECO.