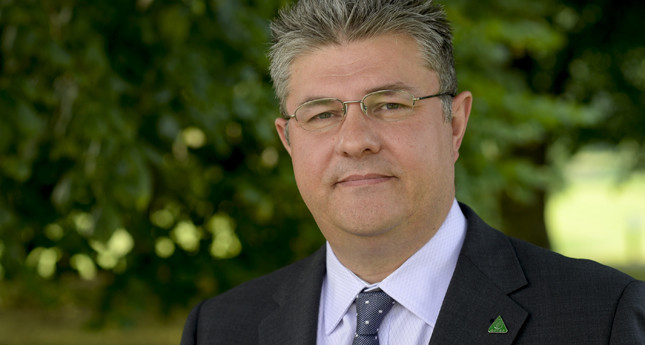 OFTEC's CEO Paul Rose has responded to NIBE Energy Systems' Phil Hurley, who expressed his support for government plans to phase out the use of oil and coal in buildings, starting with the off-gas grid market.

Paul said: "In his article published 4 July, NIBE Energy Systems MD Phil Hurley expressed his support for government plans to phase out the use of oil and coal in buildings, starting with the off-gas grid market.

"Phil went on to challenge the validity of OFTEC's two-stage proposal to improve energy efficiency and accelerate carbon reduction for oil heated homes, set out in our recently published vision document, describing it as a 'call to maintain the status quo'.

"This could not be further from the truth and ironically, if government continues to focus on the roll out of renewable heating technologies such as heat pumps, which are prohibitively costly and impractical to install for most off grid households, take up will continue to be poor and the status quo will be maintained.

"Phil is right in saying that heat pumps are a good option for some markets where there is a higher proportion of newbuilds and highly insulated properties such as Sweden and Austria. But there is little point in comparing the UK with these countries as our housing stock is very different, ranked as it is among the least energy efficient in Europe.

"Data shows UK homes lose three times more heat than Swedish properties because they are poorly insulated. This issue is even more prevalent in our off-grid homes, which tend to be older buildings and often have the worst EPC ratings of F and G. Heat pumps just aren't a feasible option for these properties without extensive and expensive renovation, which most householders simply can't afford.

"Cost will remain a key driver for the majority of consumers. The high installation and running costs of air source heat pumps, particularly when compared to the low price of oil heating, play a large role in their poor take up.

"This is especially true in rural areas, where fuel poverty rates are higher. How can these households afford to install and run expensive heat pumps when they're already struggling to pay their fuel bills? Introducing higher taxes for oil and coal will only compound the problem and could also further increase the UK's already scandalous high excess winter death rate, as even more vulnerable people would be unable to meet their heating costs. Contrary to Phil's comments about high and volatile pricing, heating oil has remained the cheapest of all major fuel options for over two and a half years. So huge financial incentives would be required to persuade consumers to give up this price advantage and switch to heat pumps. In times of austerity, how would government and we as taxpayers, be able to fund this?

"The suggestion that the installation cost of heat pumps will reduce with scale is basic economics but, with poor take-up rates to date, this scenario looks highly unlikely in the near future. Around 5,880 ground and air source heat pumps have been installed through the domestic RHI per year since the scheme launched in April 2014. At this rate, it would take more than 160 years to replace the 970,000 oil boilers in use across England and Wales alone. Unfortunately, time is not on our side.

"In an ideal world, heat pumps and other renewable technologies would of course make a big contribution to reducing the UK's carbon footprint. However, the UK we live in is far from that ideal and the cost to increase renewable electricity generation, improve grid supply and capacity, upgrade our poorly insulated homes and meet the high cost of heat pumps means that, sadly, this dream is likely to remain a fantasy.

"It is clear that in pursuit of these impractical ideals, we risk missing out on an opportunity to rapidly and cost effectively increase the efficiency of existing oil heating systems to reduce their carbon emissions now. We must be realistic and work with the situation we actually have if the UK is going to accelerate progress towards its fast approaching carbon targets.

"A boiler replacement programme would offer an affordable, practical and therefore palatable short term solution to help many oil using households reduce carbon emissions and lower fuel bills while we work on bringing to market a low carbon liquid fuel to replace kerosene. This is a far cry from simply 'maintaining the status quo'.

"Phil goes on to suggest that the likelihood of developing a mass market biofuel for heating remains uncertain. We would strongly challenge this claim, backed up by a recent BEIS commissioned report from the Royal Academy of Engineering 'Sustainability of liquid biofuels' which states that 'liquid biofuels will be needed if the UK's ambitious decarbonisation targets are to be met'.

"OFTEC remains committed to its proposals as providing a compelling, workable solution to an urgent problem. Time is running out and reducing carbon emissions from heating remains the end goal. We need to focus more on this and less on the mechanics of how we actually achieve it."