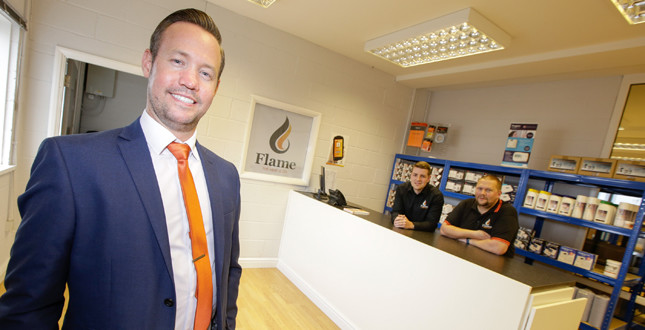 Flame Heating Group is continuing to expand its business with the launch of a new branch in Cramlington.

Flame, which currently operates eight branches throughout the North East, has opened its branch on Atley Business Park in the town, which has initially created two positions. There are also plans in place to grow the branch to incorporate a bathroom showroom in the near future.

Kyle Farrell will lead the branch as an Investor Director of Flame, while Gary Campbell has been appointed as Branch Supervisor.

Flame more than doubled its turnover to £14.5m in 2017 and is set to open three branches in Scotland this autumn, which will mark its first launches outside of the North East.

John Savage, Managing Director of Flame Heating Group, said: “We are continuing to grow at a strong pace, which is allowing us to invest in new branches and our staff. It has been another exceptional year at Flame, and our Cramlington launch is the latest in a series of exciting developments that will support and drive our growth.”