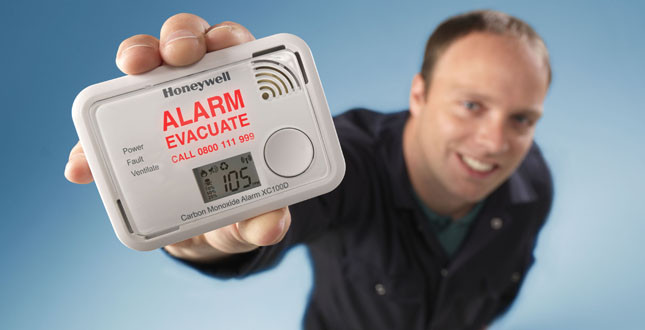 Adrian Keats, National Account Manager at Honeywell, is reminding installers of the importance of ensuring homeowners are adequately protected against fire risk

According to government figures, between April 2016 and March 2017 there were 261 fire-related deaths, and a further 7,100 non-fatal casualties. While this is a decline on previous years, fire is still undoubtedly an ongoing danger within the home, particularly when you consider new figures showing the number of residential fires started by electrical appliances.

With firefighters dealing with 676 fires between 2015 and 2016 caused by tumble dryers alone, it is important to advise consumers on the danger that can be posed by seemingly innocent household appliances. The Department for Business, Energy & Industrial Strategy report found that the government had been ‘painfully slow’ in improving a product safety regime which is fragmented and poorly resourced. As a result, the committee has made the case for a single national product safety agency, and has called on the government to implement the recommendations of an independent review on product safety conducted two years ago.

While much needs to be done to address the cause of the problem, home safety manufacturers and installers can do their bit to ensure consumers are protected in the event of a fire.

Installers are ideally placed to advise homeowners on such safeguarding measures. For instance, discussing the correct siting of high quality, sealed smoke and heat alarms to ensure that they have enough time to evacuate the building in the event of a fire.

It’s vital that every home has reliable smoke alarms, especially since those with a working unit have been found to have a death rate that is seven times lower than those without one.

Positioning a smoke or heat alarm in the right place is important to increase detection rates and reduce false alarms. Smoke is hotter than air, so is forced upwards towards the ceiling – therefore, fixing the alarm to the ceiling speeds up detection. Choosing the correct unit for each room also reduces false alarms.

According to The Fire Safety Advice Centre, there should be a smoke alarm within 1.5m of the entrance to all habitable rooms and any cupboards that pose a fire risk – especially those within the path of an escape route.

A heat alarm should be placed in the kitchen due to the increased risk of fast-flaming fires, and as close to the centre of the ceiling as possible. If this is not practical, it should be mounted no closer than four inches from a wall or corner. Avoid fitting heat alarms near air vents, decorative objects, or anything which could obstruct the alarm and prevent heat from entering the unit and triggering the alert.

UK fire safety has come a long way, but there are still plenty of misconceptions amongst consumers when it comes to choosing the appropriate alarms for their home. When an installer is in a customer’s home, taking the time to advise on alarms will not only build trust and ensure safety, the unit itself can also be a good upsell opportunity.