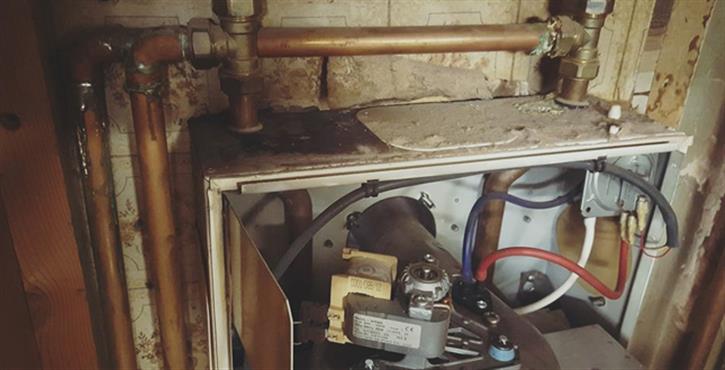 In support of Gas Safety Week, which takes place from 19 to 25 September, Ravenheat is urging members of the public to become more aware of gas safety in their homes.

James Winyard, a Tamworth-based installer, attended to his grandfather’s boiler earlier this year. He found the insulation panels had failed and identified the 20-year-old boiler as a fire risk in its present state.

He installed a more efficient Ravenheat CS80 combi boiler in its place. Not only has the new boiler ensured the safety of the property, but it has also considerably reduced utility bills. His grandfather was previously paying as much as £70 a week into his prepaid card meter during winter – considerably higher than the seasonal yearly average of £1,137 a year. Shortly after the installation, he was paying just £19 a week.

Mr Winyard, a Gas Safe-Registered heating engineer, said: “My grandad’s boiler was a potential accident waiting to happen, I can’t emphasise enough how important it is for people to have their appliances serviced annually. The CS80 is a good boiler for a very competitive price – the expense of fitting a new boiler shouldn’t deter people from making their homes safer and more energy efficient.”