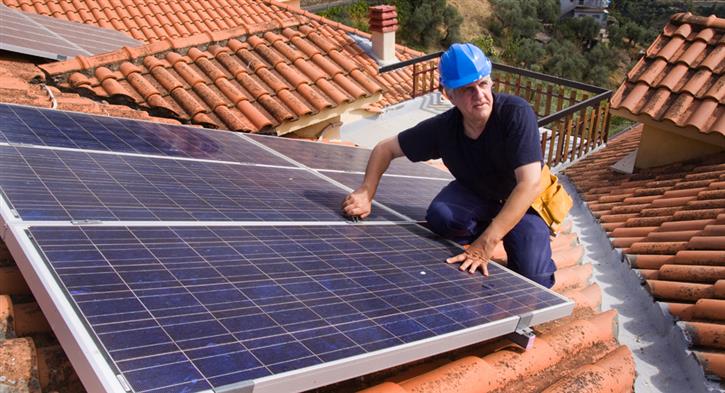 As the latest Feed-in Tariff (FiT) consultation ends, the NAPIT trade association is calling for the government to urgently rethink their proposals, warning that planned cuts will cripple one of the fastest growing industries in the UK.

The call comes after the certification body and trade association sought the views of hundreds of its registered installers to find out how the proposed changes would affect their businesses.

NAPIT trade association chairman Frank Bertie said: “The Solar PV sector has experienced record growth in the past year and is currently leading Europe in bringing output from renewables into line with levels produced by nuclear power.”

“But, from next year, the government is proposing to cut tariff subsidy levels for the technology by up to 87%, essentially throwing a stick into the spokes of the industry on the brink of becoming subsidy free.”

The NAPIT survey showed that 70% of respondents said the proposed tariff changes would affect the financial stability of their business and almost the same proportion said they would leave the solar PV industry all together if the cuts were introduced. In addition, four out of five said they would expect the changes to reduce the amount of installations they are able to do by 80% or more.

“The feedback we received suggests the government could be on the cusp of destroying a huge chunk of the solar PV supply chain, and with it the livelihoods of thousands of hard working people who not only install but also repair and maintain this valuable source of energy,” added Mr Bertie.

He also predicts this would have a negative effect on the confidence on the remainder of the renewables sector due to the lack of government support and would have a destructive consequence on an industry close to self-financing.

“NAPIT have responded to the government’s consultation in no uncertain terms, along with many other organisations and installers who want to see this industry achieve its potential. We hope that, for a country at very real risk of an energy crisis, the Government sees sense and works to secure rather than destroy the bright future Britain deserves,” Mr Bertie concluded.

The government is expected to announce their plans for the Feed-in Tariff by the end of the year, with changes taking effect as early as January 2016.