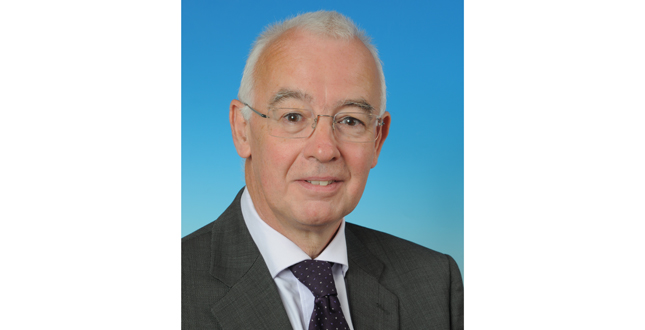 Demand for new operatives in all sectors of the building engineering services industry will rise over the next four years and could lead to significant skills shortages in many areas, according to research funded by the Building Engineering Services Association (BESA).

The study into the industry's labour market, published in the report 'Future Manpower and Skills Availability' revealed the true extent of the sector's dwindling labour resources. However, it has also produced some thought-provoking conclusions and suggested there may be more than one solution to this problem.

The research, carried out by Dr Mike Hammond, supported the Association's view that many workers, who entered the sector during the recession, have missed out on formal training and could now be offered apprenticeships or the opportunity to upskill.

The BESA research also showed there was an imbalance in training provision, with the number of plumbing apprenticeships far exceeding the sector's needs. This, BESA believes, suggests industrial and commercial building services employers may be having to compromise by using plumbing training in the absence, in many parts of the country, of the specific H&V courses they would prefer.

Clearly the sector doesn't have enough people, but there also aren't enough people in the right places. So, could some of those with plumbing qualifications be moved across to plug shortages in other sectors?

During BESA's recent 'Meeting the Industry's Skills Challenge' conference, Dr Hammond predicted a massive "under-supply in every other sector [apart from plumbing] between now and 2018" particularly in the heating and ventilating professions. He said that ductwork was already "in crisis", but that things were not quite so dire in air conditioning and refrigeration.

Skills shortages are also being exacerbated by the number of people in the industry now reaching retirement age. The BESA research revealed that over 500 trained building services professionals were due to retire this year; with only 65 new apprentices entering the sector at the age of 16 to take their place. This means a lot of management-level experience is also being lost.

Dr Hammond used data from the Engineering Services SKILLcard system, which has been used to register operative training and professional qualifications since 2001, to show there has also been a general 'de-skilling' across the sector in recent years, with employers often only training up to Level 2 – usually for pragmatic reasons like cost and the need to get people on site as quickly as possible.

This does, however, create an opportunity to 'upskill' many young workers holding the basic green card to higher levels. There is a great opportunity for existing employees, in return for doing a bit more training, to significantly enhance their earning potential and job satisfaction.

As Dr Hammond summarised: "There are too many people in some areas and not nearly enough in others, but if you accept the premise that you can retrain plumbers to do other things; then there is a solution."

BESA President Jim Marner has another theory. He thinks the low numbers could be the result, in part, of new ways of working. "It is not necessarily just about de-skilling, but about new skills," he said. "New approaches to commissioning and the use of off-site fabrication are creating a demand for a different type of worker."

In short, it is a complex problem – not simply a case of numbers, but of better targeting of training and, also, training funds.

Lord Martin O'Neill of Clackmannan, who chaired the conference, said politicians tended to take a "simplistic view" of labour shortages and would be tempted to look for quick solutions like shortening training periods, but the BESA research had uncovered a deeper rooted problem with the education system.

So, are the three million new ‘Trailblazer’ apprenticeships promised by the government between now and 2020 the answer?

Under the Apprenticeships Levy announced in the Chancellor's 2015 Autumn spending statement, all employers in England, Scotland and Wales with a pay bill of more than £3million will pay the levy, based on 0.5% of the pay bill. This will generate a statutory fund of £3billion by 2019-20 to support apprentice training in England – although the precise effect on SMEs is unclear.

The introduction of the levy goes hand in hand with the establishment of a new Institute for Apprenticeships, independent of the government and employer-led, which will be responsible for approving the standards that sit behind Trailblazer apprenticeships and a range of other functions critical to the apprenticeship reform programme.

The levy could be a major game changer, according to Tony Howard, acting chief executive of the apprentice managing agency Building Engineering Services Training (BEST).

He told the BESA conference that having money 'in the can' would help to ensure the apprenticeships were properly targeted to meet employers' needs between now and 2019. He also said it could unlock new ways of delivering training, which are more suited to employers’ working patterns.

There are five new apprenticeships proposed for the building engineering services sector including industrial and commercial pipefitting and ductwork at level 2 (installer) and level 3 (craftsperson); along with service and maintenance at level 3.

There are also higher and degree level apprenticeships (levels 4 to 6) in development for the sector in response to shortages identified by business leaders like the CBI. In 2015, CBI research showed that 73% of contractors were finding it difficult to recruit staff with the high level skills they need to keep up with growing demand for modern, sophisticated buildings.

Professor Tony Thomas of London South Bank University was another expert contributor to the BESA conference and explained there had been "a mismatch between student standards and the requirements of many contractor employers". This was largely down to the traditional way of recruiting full-time students, many of whom do not have specific practical skills.

He said there was a lack of workplace competencies, such as project management skills, and a bias towards design/professional office-based work. He said the new higher level apprenticeships being developed as part of the Trailblazer scheme would "help our sector play its part in driving a higher skilled economy”.

The government estimates that someone who trains up to a Level 4 qualification can earn an extra £150,000 over their working life, but that seems on the conservative side. Highly skilled professionals in a growing industry with high demand will surely do better than that over a sustained career.

Full-time education for 14-19 year olds, in general, is undergoing something of a revolution with the rise of University Technical Colleges; studio schools; and independent academies. Further Education colleges have also started taking on children from the age of 14, which means they can be guided towards more practical professions.

This is a great opportunity for BESA members to shape future generations of engineers by working with local education providers and helping them deliver workplace-based training that is appropriate to their business needs and the demands of their clients.

Currently just 12% of businesses employ apprentices – so there is a big market to aim for – and 72% of those who do take them on report improved productivity as a result.

Lord O’Neill closed the BESA skills conference by saying there were clearly “challenges and problems”, but there was also “no need to despair” because progress was being made towards a training model more suited to what employers actually needed rather than what education providers were prepared to deliver.

We also have a better understanding of the nature of the problem now, which allows us to look for more subtle solutions such as upskilling and retraining rather than simply focussing on growing the number of new recruits. We need people, but we also need them to have new skills and, in return, they should be properly rewarded; both financially and professionally.

Peter Rimmer is director of employment and skills at the Building Engineering Services Association (BESA).