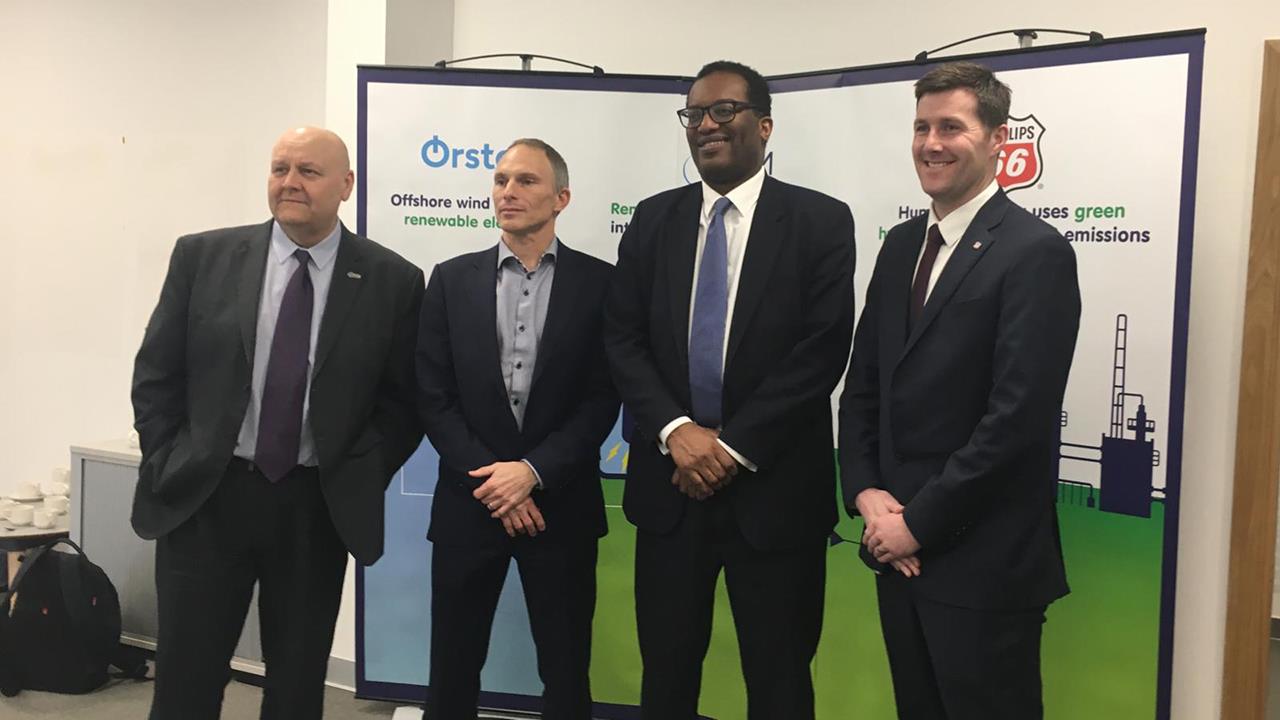 The first plant will be situated on the banks of the Mersey, while the second is planned for near Aberdeen. A third project will develop technology to harness offshore wind off the Grimsby coast to power electrolysis and produce hydrogen.

The investment will also fund projects to trial cutting-edge technologies for switching industrial production from fossil fuels to renewables in industries such as cement and glass production.

The remaining £20 million will be used to fund projects aimed at cutting household emissions and bills through nine UK-wide local ‘smart energy’ projects. Over 250,000 people could have their homes powered by local renewable sources by 2030.

If successful, 10 community pilot projects from Rugeley near Stafford to Coleraine in Northern Ireland could revolutionise local energy generation, according to the government.

In Rugeley, a coal-fired power station is to be demolished and turned into a sustainable village of 2,300 homes. Residents will benefit from thermal storage units instead of traditional gas boilers, enabling them to draw, store, and heat their homes with geothermal energy from local canals and disused mine shafts.

In Coleraine, a micro-grid of nearly 100 homes will be established, powered entirely by local wind power. It will help lower household electricity bills by as much as 50% and boost the contribution of renewables to the local energy mix by a quarter.

Visiting the Gigastack project in Grimsby, Kwasi Kwarteng, Minister for Business, Energy and Clean Growth, said: “Cleaning up emissions from industry and housing is a big challenge but today’s £90 million investment will set us on the right path as we develop clean technologies like hydrogen.

“This is an important part of our world-leading efforts in eliminating our contribution to climate change by 2050 while also growing our economy, creating up to two million green collar jobs across the country by 2030.

“This investment in low carbon innovation will be crucial to help us end our contribution to climate change by 2050.”

DECARBONISATION ENERGY MINISTER FUNDING GOVERNMENT HYDROGEN LOW CARBON POLICY
Tweets by HVP
Make sure you’re on top of changes in the industry, and sign up for free to receive your monthly copy of HVP and our weekly email newsletter
SUBSCRIBE TO NEWSLETTER
SUBSCRIBE TO MAGAZINE