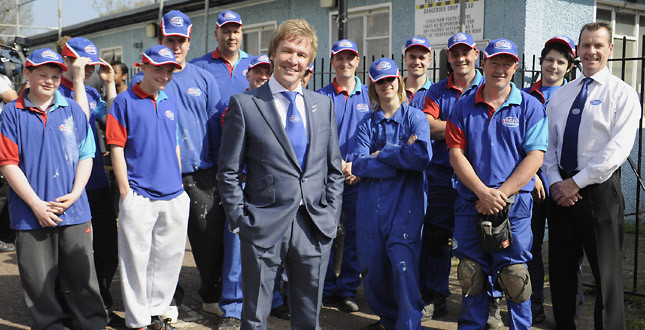 Charlie Mullins, Founder and CEO of Pimlico Plumbers, has welcomed the latest employment figures, which have shown that unemployment has fallen to 4.4% from 4.5%.

However, he has raised concerns of the ‘lost generation’ of young people who have not been in employment, education and training for more than a year, which it was recently revealed has risen to 11.2% of 16-to-24-year-olds, which could be solved by the introduction of a government-funded, national apprenticeship scheme.

Charlie said: “While the continuing fall in unemployment is positive, we have to turn our attention to those who are becoming a lost generation. The number of young people who have not been in employment, education and training for more than a year is rising, which is concerning and shows that we’re taking our eye off the ball.

“The efforts to get young people into work after they leave education may be improving, but too many are still falling through the cracks. This can be solved by a nationally-funded apprenticeship scheme that takes Job Seeker’s Allowance and transforms it into Job Achiever’s Allowance to help offset businesses’ training cost.

“While the Apprenticeship Levy is a step in the right direction, still too many companies are seeing it as a tax rather than a way to develop the future workforce. We have to change this mind set and evolving the Levy into a funded programme that also tackles youth unemployment levels has to be the way to go.”