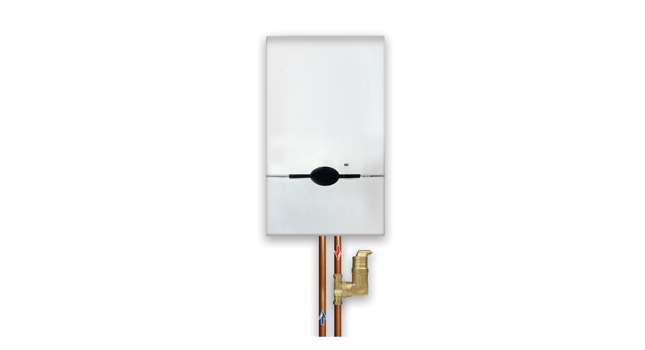 Kevan Peaker outlines the issues surrounding air within a heating system, how to provide a lasting solution and the opportunity deaeration presents.

Following a decade of education, the industry now appreciates the damage dirt within a heating system can cause and the importance of its removal. Despite no formal mention in the building regulations, the majority of installers have adopted it as best practice to install a dirt separator in conjunction with a new boiler.

However, when it comes to maximising system efficiency, dirt removal is just one part of the equation. The next chapter in the education process and one of equal, if not greater importance, is deaeration.

Why do I need to remove the air?

Within a heating system, just like within a bottle of water, there are three types of air - free air, microbubbles and dissolved gases. Microbubbles form and congregate around the heat exchanger as the system fluid is heated, in a similar way to the bubbles that form on the base of a pan of water before it begins to boil. Although they appear harmless, microbubbles can hinder flow and disrupt the efficiency of a system.

Dissolved gases in the system fluid and free pockets of air are made up of oxygen and nitrogen.  The oxygen combined with fluid work together to attack the metal in the system, in turn causing corrosion. If you can remove the air in the first place, then you are treating the cause, rather than the dirt, which is actually one of the symptoms.

By reducing the amount of air within a system it means that the pumps don’t have to work as hard to power the fluid round the system, ensuring it maintains its efficiency. Air removal will also result in a quieter system, which is often something that homeowners complain about.

How should I remove the air?

There are a number of air removal methods that can be used, however it is important to choose one that will deliver a lasting solution.

Manual venting will provide a temporary solution to the issue of air, but this will only ever be a short-term remedy. Automatic air vents (AAVs) serve a purpose for removing free air but as they close when the system is running, they then become redundant. It is also possible that AAVs can actually draw air in, which ultimately defeats the object.

Ideally, you should install a deaerator to ensure genuine long-term protection. Fitting a deaerator when a new boiler is installed on an existing system will solve problems that arise over the coming years, whereas fitting a deaerator from the outset will prevent the problems associated with dirt from occurring in the first place.

How does a deaerator work?

Deaerators such as the SpiroVent RV2 work by separating and removing large and small air bubbles from the water and then removing them from the system.

Where should I install a deaerator?

For domestic applications, the deaerator should be installed at the hottest point within a system, where the water exits the boiler.

How can I convince my customers to invest in a deaerator?

Spirotech has conducted research into the efficiency of installing deaerators and/or dirt separators to a household heating system and the findings could be just what are needed to convince customers to make further investment.

The first independent study of its kind found that using a dirt separator and deaerator could cut annual energy use by 6% as well as reduce the number of repair callouts, with system breakdowns down by 55% when both were fitted. All results were compared against heating systems with no air or dirt separators installed.

For the homeowner, reduced energy use equates to lower fuel bills and carbon emissions, while fewer system blockages and component failures reduces the risk of breakdowns and prolongs boiler lifecycles, helping to maintain comfort levels whilst protecting one of their biggest investments.

The issue of air within a heating system has been ignored and mistreated for far too long.  This heating season, by working with a trusted manufacturer to treat the cause and not just the symptoms, you can be safe in the knowledge that you are delivering a lasting solution that will provide the end user with an efficient heating system for years to come.