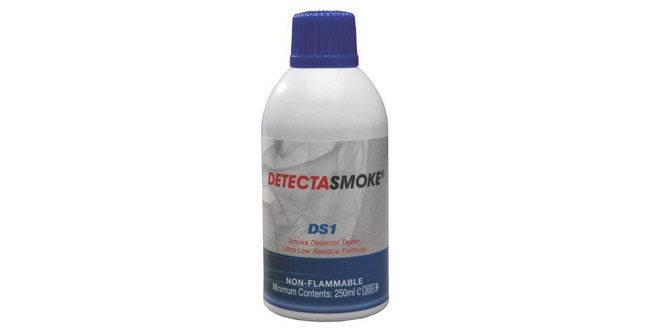 Detectasmoke, created and manufactured by Gas Safe Europe, has developed an alternative to the soon to be banned solvent 134A, which will continue to be supplied in aerosol form.

Industrial smoke alarms have been tested by aerosols containing artificial smoke for over 20 years and is a method accepted by major alarm manufacturers worldwide. However, as a result of EU legislation coming into effect from 1 January 2018, the main component of artificial smoke test aerosols, a solvent called 134A, is being banned by EU legislation.

Rather than introduce costly alternatives, a new formulation for Detectasmoke has been under development and tested by Gas Safe Europe for 12 months. This is fully compliant and remains in packaging which suits existing delivery poles. The end user will not notice any difference between the original product and the new formula.