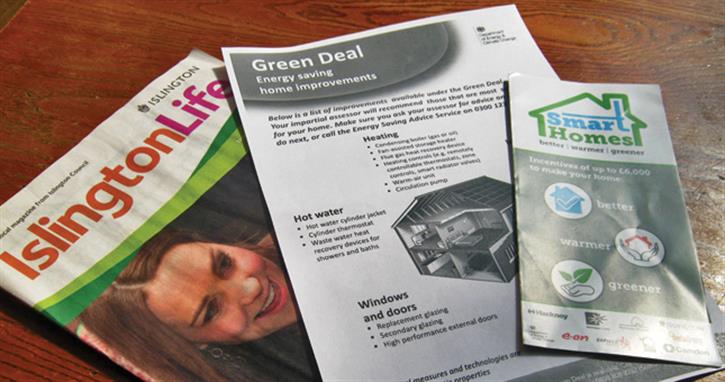 Installers in London have said they are experiencing long delays while carrying out work funded by the Green Deal. Cristina Brooks reports.

Using funding received through the government's Green Deal Community Fund, Smart Homes gave local residents in these areas access to up to £6,000 grants to boost the energy efficiency of their homes, using measures such as condensing gas boilers and solid wall insulation. Homeowners first had to have a Green Deal Assessment carried out, and installers carrying out work as part of the scheme had to be a registered Green Deal Installer.

However, installers and homeowners taking part in the scheme said they have had to deal with long delays during the application process, leading some applicants to give up on getting a new boiler completely.

Radiance UK, operating in the North London areas of Barnet, Brent, Ealing, Haringey and Harrow, registered as a Green Deal installer eight months ago. Manager Miriam Finnerty has said she now wonders if registering was worth the £500 investment.

The firm has five Green Deal projects in the pipeline, including three installations for Smart Homes customers that required extensive paperwork. One of Radiance UK's customers waited seven months to be approved for a grant from the Smart Homes program in order to have a boiler fitted. Once the work is complete, the installer then has to wait an additional 30 days for payment.

Ms Finnerty said: "We have three projects in the Smart Homes program and they're the ones that we're waiting forever on. Two other projects – one in Harrow and one in Kilburn – using the Green Deal Home Improvement Fund, have been waiting a long time as well."

A further release of Green Deal funding is expected later this year.