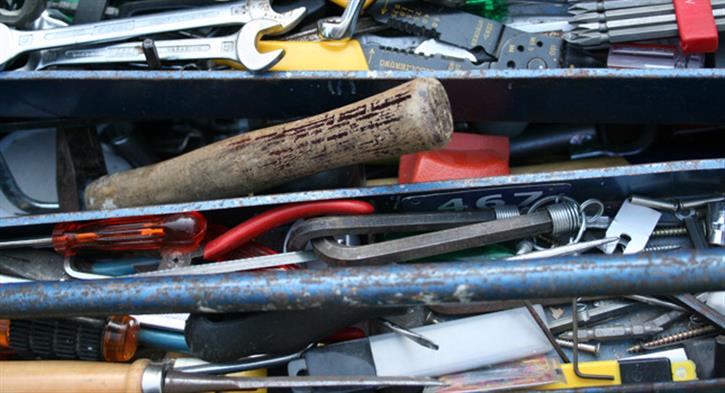 Almost half the UK's construction workers refuse to perform DIY jobs in their own home, according to a study conducted by a business insurance website.

‘A lack of time to do DIY’ and ‘lessened confidence with different capabilities’ emerged as the most common reasons behind the lack of enthusiasm for DIY tasks shown by respondents in the constructaquote.com study.

2,038 UK-based construction workers aged 21 and over answered questions, with participants selected from a range of sectors.

23% of the workers said they carry out DIY jobs at home at least once a month, with 12% revealing they do so at least once a week. Just under half (48%) of construction workers polled admitted that they never perform DIY jobs within their own homes.

Of those who said they often carry out DIY at home, 69% consider themselves as a perfectionist and wouldn’t trust anyone else to work on repairs or DIY jobs in their home.

The most common DIY tasks construction workers are likely to oversee in their own home included painting walls and furniture (64%), changing fuses (41%), fixing leaky pipes (23%) and putting up frames and pictures (18%).

Workers expressing a reluctance to perform tasks were given a list of potential responses and asked to select those most accurately describing their attitude, with the most common being:

Lyndon Wood, chief executive officer and creator of constructaquote.com, said: “There is the common belief that bakers can’t abide the taste of cakes, butchers get sick of eating meat, and baristas learn to loathe coffee.

"This theory could, therefore, explain why such a large number of construction workers polled in our survey find the idea of doing DIY in their own homes such an off-putting thought.”

“While this is perfectly logical reasoning, it might also be explained in the fact that construction is an industry with such a wide plethora of sectors and trades.

“Often an individual that excels in one area will not necessarily feel as confident if tasked with another kind of job,” he said.

“The fear of being made to look like a novice in front of loved ones if they can’t fulfil the task at hand might be enough to put construction workers off DIY altogether.”