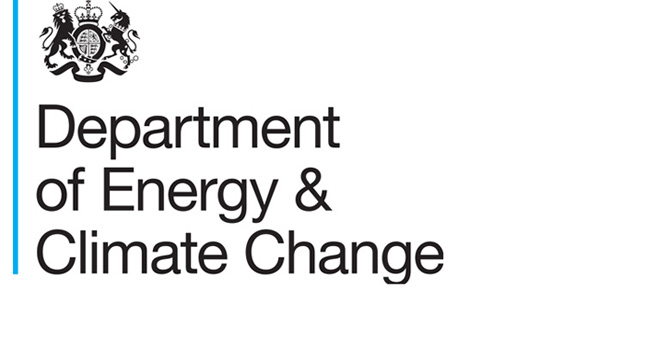 The Department for Energy and Climate Change (DECC) has been axed as part of new Prime Minister Theresa May's first Cabinet reshuffle.

Instead, the responsibilities DECC held have been merged into a new ministry - the Department of Business, Energy and Industrial Strategy.

In a statement on his new role, Mr Clark said: "I am thrilled to have been appointed to lead this new department charged with delivering a comprehensive industrial strategy, leading government's relationship with business, furthering our world-class science base, delivering affordable, clean energy and tackling climate change."

Others, however, have expressed concerns over the DECC's abolishment, with former Labour party leader Ed Miliband describing the move as "just plain stupid" on Twitter.

While some business leaders have welcomed the decision to merge the departments, others expressed their concern that energy policy could now slip down the agenda without a dedicated department. Phil Hurley, managing director of renewable heating manufacturer NIBE, said the decision was "unsettling".

He said: "Following the welcome boost provided by the launch of the Renewable Heat Incentive (RHI) in 2014, this decision could throw the industry into a renewed state of uncertainty. It would be wrong to say that we at NIBE have no concerns about the potential implications of this for renewable heat in the UK – particularly as it comes during a pivotal RHI consultation period.

"The fact remains that the UK is legally bound by statute to honour its 2030 carbon reduction targets, and technologies like heat pumps will be integral to ensuring this happens. That said, the news does leave plenty of room for speculation about the specific focus of the government's future energy strategy. While the prime minister made it clear in her speech that fuel security and lower bills will be key priorities, what was noticeably absent was any mention of decarbonisation – and at NIBE, we find this potentially unsettling."

The UK Green Building Council (UK-GBC) described the new department as a golden opportunity to put sustainable business at the heart of jobs and prosperity.

Julie Hirigoyen, chief executive officer of the UK-GBC, said: "As a priority [Greg Clark] needs to provide reassurance to businesses so they can invest with confidence in a low carbon future. However, the loss of a dedicated climate change department has the potential to send the wrong signal to the international community."