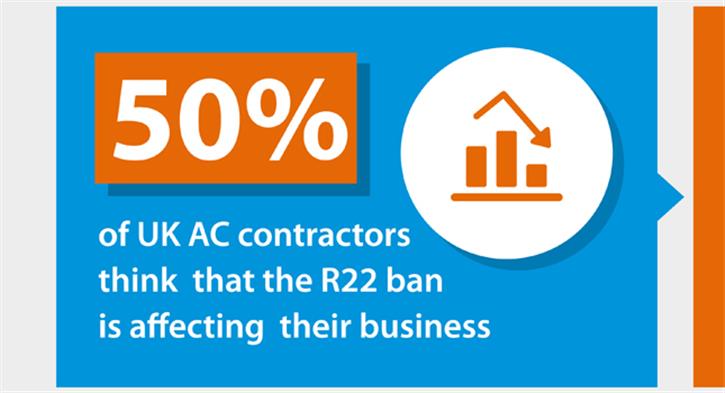 After the introduction of the ban on replacing the refrigerant in existing air conditioning systems in January 2015, Daikin UK undertook a survey of AC contractors and installers to discover how it is impacting on businesses more than eight months on.

More than half of those surveyed believe the ban is affecting their business, with more than a third of all businesses under the impression that half of their customers are still to convert their R22 systems to an alternative refrigerant.

The majority of installers conceded that their biggest challenge is that customers are unwilling to change their AC system at this time, with 78% waiting for their existing system to reach its end of life or breakdown before considering a replacement refrigerant.

When choosing an alternative refrigerant, 23% believe energy efficiency is the most important factor, while 23% consider affordability to be just as important.

Martin Passingham, product manager of DX at Daikin UK, said: “One of the most important findings of the survey was that only 15% of respondents saw safety as an important consideration, and more than 75% think that R410a and R32 are the most popular alternatives.