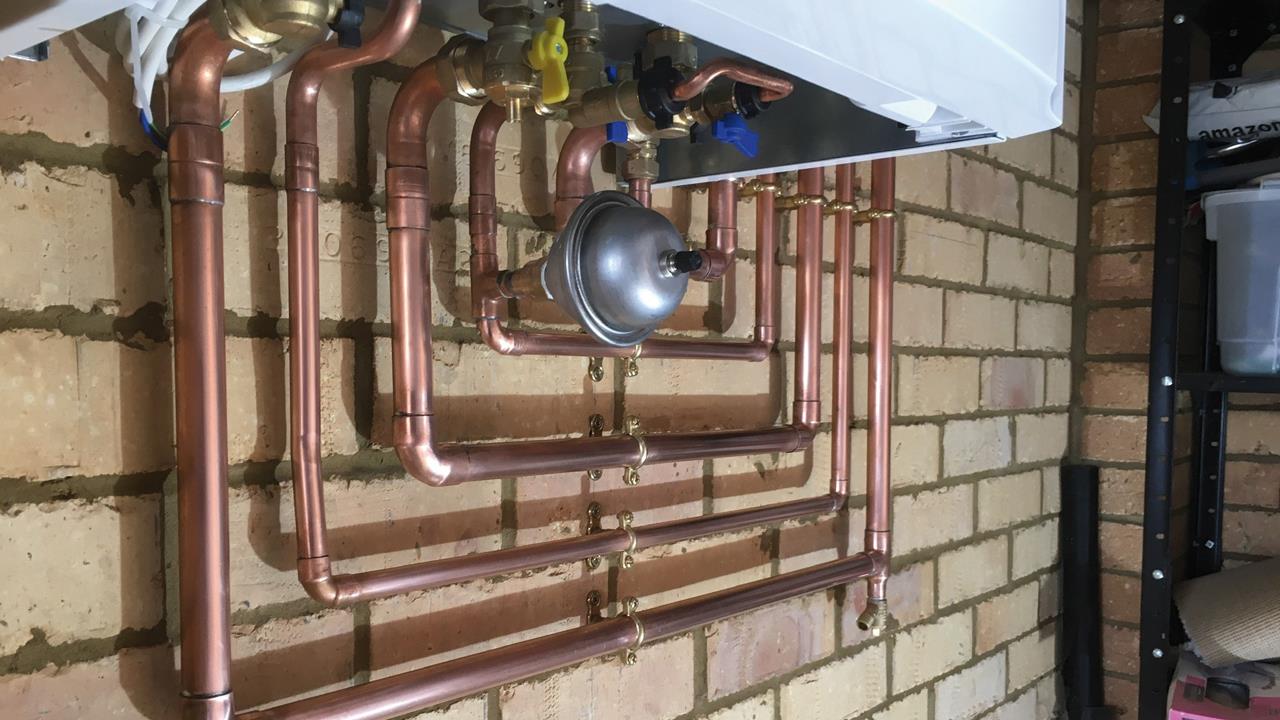 Our first ever winner of the Plumberparts’ Top Installs competition is Scott Clarke, from Upsher Heating, whose replacement boiler installation impressed James with its clean presentation and clearly high level of customer service.

As our winner, Scott will receive a fantastic new outfit from Snickers Workwear.

Scott’s project involved the replacement of a 20-year old boiler for a homeowner based in Hook, Hampshire. Scott initially quoted for a combi boiler based on the fact that the flow rates to the property were really good, meaning that the customer would get the best possible shower from a larger sized combi boiler, which was particularly important for her.

The customer was a self-proclaimed perfectionist, meaning that the work had to be completed to her exacting standards. Scott opted to install an Ideal Vogue Max 40 boiler in the property to replace the existing system. He’s major advocate for the system – it’s a boiler that he has in his own house, and he says that he’d install it on every job if he could.

On this project the boiler had to be relocated from the airing cupboard to the garage, and a particular challenge for Scott was re-routing the pipework in the airing cupboard so that the floor could be completely flat to allow for storage. The relocation of the boiler also meant that he had to install over 40m of 22mm copper pipework.

Scott put in a lot of small touches which really make the completed system look impressive. He opted to purchase gold scale reducer to go with the gold filter that comes with the Vogue because he didn’t want to install something which wouldn’t match visually.

In addition he put a lot of effort into the look of the pipework. Scott explained how he used mounts and rings for the clips, going beyond standard plastic ones to give the installation a higher class look.

When he was doing the joints, Scott fluxed them, wiped them off with a dry cloth, and then soldered them with just enough solder so that he could get that tight first time fix without solder bleeding over the edges.

Scott lamented that the pipes had to be lagged, but the pipework still got a big smile from the customer, he says.

James was particularly impressed with Scott’s attention to detail with the soldering, clipping, and finishing of the pipework. When we asked Scott about his standards, he said: “It’s pride in your work really, it’s nice to be recognised as well for something that you’ve spent a bit more time doing.”

James said: "Nicely installed neat work. I love to see loads of clips (to the point I can recognise who installed a certain system in my local area!). Nice neat soldering and a lovely story behind the job go to show that there’s nothing better than doing an install to a top standard, but also having the customer recognise it as well – I hope they made you loads of tea/coffee and biscuits. Well done Scott!"

If you want the chance to be our next Plumberparts’ Top Installs winner, and win some amazing prizes from Snickers Workwear, please send your entries to j.dart@hgluk.com by 31 July.