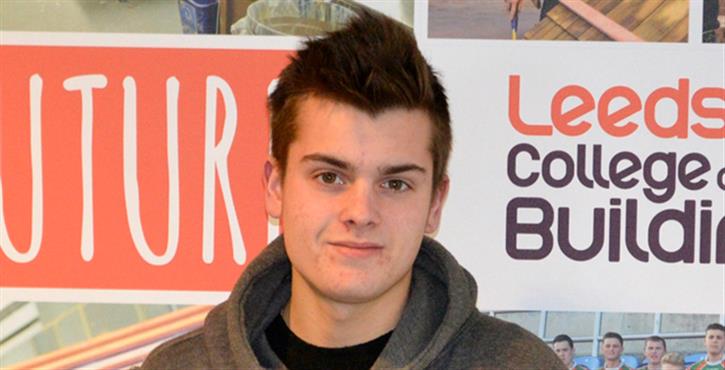 A young Crohn’s sufferer, who was forced to miss large amounts of school, is refusing to let the disease stand in his way and is heading towards a successful plumbing career after enrolling at Leeds College of Building and securing an apprenticeship.

Liam Banks was diagnosed with the disease at a young age and immediately embarked on an intensive treatment programme, which meant spending long periods of time in hospital. Crohn's disease is a long-term condition that causes inflammation of the lining at a number of points throughout the digestive system.

Mr Banks said: “Life with Crohn’s can be tough and it would have been easy to give in to it, but I always wanted to learn a trade, which is what attracted me to Leeds College of Building. Securing an apprenticeship requires lots of dedication and the College’s support has been invaluable in helping me to find the right opportunity with the right employer.”

In 2013, Mr Banks enrolled on a full time plumbing course at Leeds College of Building. He completed his Level 1 and 2 qualifications, and was studying for Level 3 when he was invited onto an apprenticeship trial with central heating specialist Palm Yorkshire.

Simon Arrowsmith, operations manager at Palm Yorkshire, said: “We firmly believe in contributing to the communities where we operate and one way of doing this is by employing local people who we can help to reach their full potential. Working with Leeds College of Building to recruit and train apprentices is a great way of finding ambitious, talented young people and after a two day trial we immediately knew that Mr Banks would be a great fit for our team.”