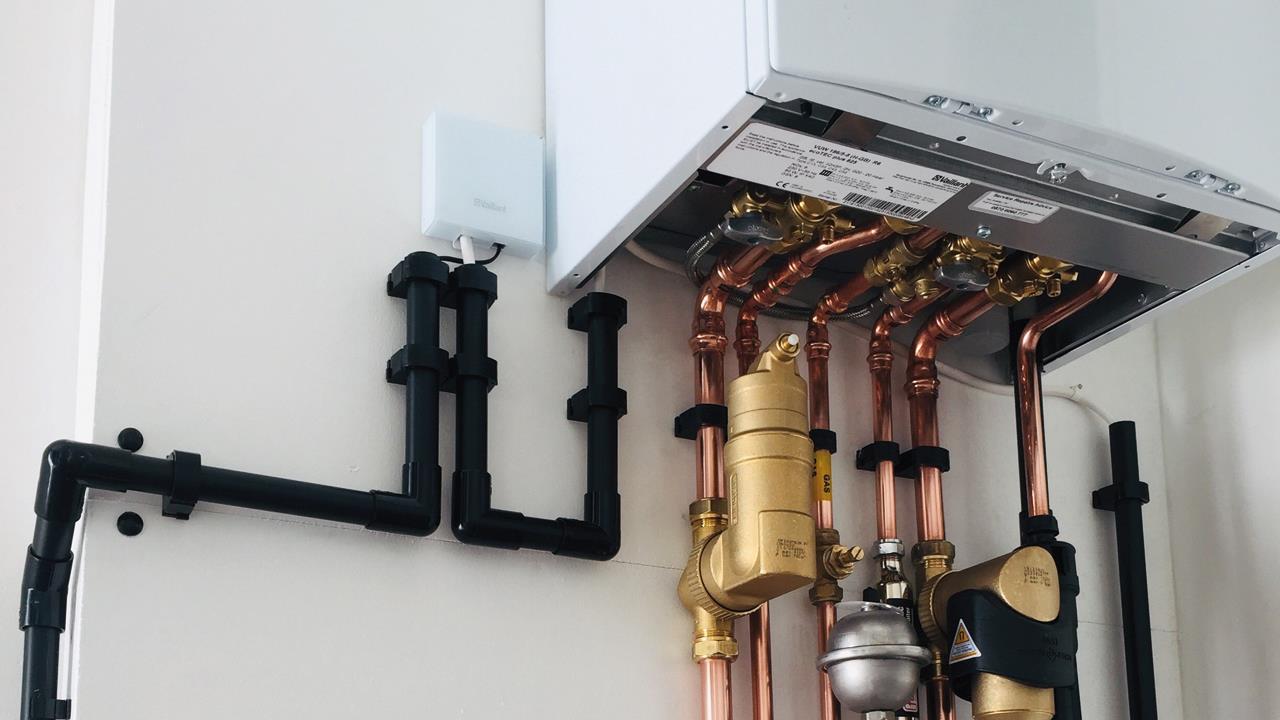 Our September issue's Plumberparts’ Top Installs winner is Ronny Gottschling from Matchless Plumbing. Ronny is a Gas Safe-registered engineer with 14 years’ experience in the trade. Originally from Germany, he moved to the UK six years ago.

His business, Matchless Plumbing, operates across London. This project saw him replacing two existing boilers with a new combi boiler at a flat in the capital. However, the job wasn’t without its challenges.

Not only was the property located on the fifth floor of the building, but the flat was also split over two levels, with each existing boiler on a different level. He chose to install the new combi boiler, a Vaillant ecoTEC plus 825, in a hallway, but the property’s concrete walls made it difficult to run the pipework inside the walls. The owner had very exacting standards and didn’t want any exposed pipework, so Ronny had to think creatively to satisfy the customer.

He explained: “I built out the wall a little bit. If you look at my picture, I’ve put up some timber to make sure I can hide all the pipes behind there, so you only see a little bit of pipework behind the boiler.”

As aesthetics were important to the customer, Ronny opted for continuity with the screw covers, clips, and piping all in black to make the install as neat as possible.

He explains that he also had to think outside the box when he realised that he would have to run the condensate pipe without using a pump. “I found a way of doing it, according to regulation, it just took a little bit longer but worked out in the end,” he said.

The customer valued energy efficiency, which is why Ronny opted for the ecoTEC plus 825 boiler, alongside Vaillant’s vSMART thermostat in this instance, he says. The installation of a Spirotech filter and deaerator meant that he could offer the customer 10-year parts and labour warranty on the boiler, which left the customer satisfied that the system would be protected over the long-term. Ronny also replaced all the radiators in the property, making the project a substantial system changeover.

The influence of Ronny’s German heritage on the install was demonstrated through his decision to press-fit the pipework, which he says is standard practice in Germany. He commented: “It’s not the cheapest way, but in terms of safety and preventing leaks, that’s the way forward.”

Congratulations to Ronny who takes home an amazing new set of workwear from Snickers Workwear as our latest winner.

James Lawrence, also known as Plumberparts, said of Ronny's installation: "It’s a really nicely planned out install. Loved his little diagram! Plus, the use of that black conduit looked great. All the pipework is clean with top materials and products used throughout – well done Ronny!"

BOILER COMBI COMPETITION GAS SAFE GOTTSCHLING INSTALLATION JAMES LAWRENCE MATCHLESS PLUMBING PIPEWORK PLUMBERPARTS RONNY TOP INSTALLS
Tweets by HVP
Make sure you’re on top of changes in the industry, and sign up for free to receive your monthly copy of HVP and our weekly email newsletter
SUBSCRIBE TO NEWSLETTER
SUBSCRIBE TO MAGAZINE