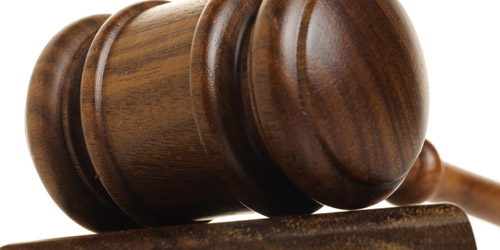 A plumber who put the lives of prospective home-owners in danger was sentenced to 140 hours community service after carrying out illegal gas work on appliances at a home Tiptree.

A plumber who put the lives of prospective home-owners in danger was sentenced to 140 hours community service after carrying out illegal gas work on appliances at a home Tiptree.

Ryan Ellingford, 30, was prosecuted after an investigation by the Health & Safety Executive (HSE) found he had also illegally issued a landlord gas safety certificate for the work with a false registration number.

Southend Magistrates’ Court heard on 28 November that Mr Ellingford, trading as R J Plumbing & Heating, was contracted to check gas appliances on a rental property on Globe Walk immediately prior to it being sold.

He undertook the work despite not being registered with the Gas Safe Register, and issued landlord’s gas safety certificates for a boiler, pipework and a cooker at the premises; indicating that the boiler had been serviced.

However, a subsequent inspection of Mr Ellingford’s work by Gas Safe identified the boiler as ‘Immediately Dangerous’. Mr Ellingford was served with a notification of contravention and a prohibition notice preventing him from undertaking further gas related work whilst unregistered.

Ryan Ellingford, of Tolleshunt Major, Essex, was sentenced to 140 hours community service and ordered to pay costs of £339 after pleading guilty to two breaches of the Gas Safety (Installation and Use) Regulations 1998.

HSE inspector Corrine Godfrey said: “People can die as a result of carbon monoxide poisoning, and, by his negligence, Ryan Ellingford could have caused the illness or death of the prospective residents and neighbours of this property.

“The purpose of the Gas Safe Register is to protect the public from gas work being carried out by people who have not been trained and are not competent. Mr Ellingford was not registered and had not been assessed as competent by Gas Safe Register. His actions endangered householders and their neighbours and put them at serious risk of injury and even potentially death.”