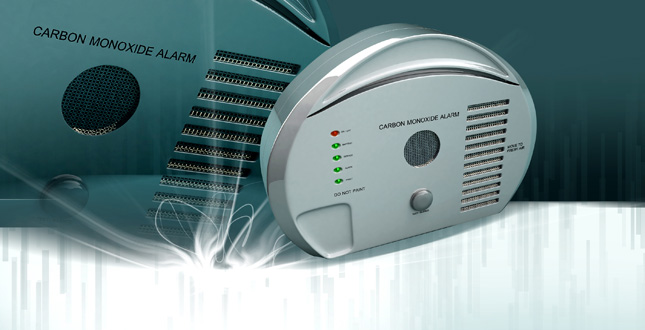 Four people are treated for carbon monoxide (CO) poisoning in English hospitals every day, according to figures obtained under a Freedom of Information (FoI) enquiry by CORGI HomePlan.

CORGI HomePlan submitted FOI requests to every Hospital Trust in England in order to discover the true extent of poisoning cases being treated.

Of the 1,798 people who attended A&E departments with suspected CO poisoning, 1,563 (87%) required treatment, with more than one in five (367) requiring hospitalisation.

Some 165 hospital trusts responded to the request, with a further 17 unable to supply the requested figures, leading CORGI HomePlan to suggest that the extent of the problem may be even greater still.

The figures show that it is many of the most vulnerable in society who are falling victim to CO gas, which is known as the 'silent killer'.

Of those who received treatment in 2014, 360 were children and 192 were aged over 60. Some 174 18-25 year-olds were also treated for CO poisoning in 2014. New laws requiring landlords to install CO alarms in rented properties were introduced in October last year. It is hoped these laws will lead to a reduction in the number of poisoning cases.

The statistics received from NHS Trusts do not include incidents where fatalities occurred before any treatment could be delivered. In 2014, an estimated 50 people died from CO poisoning in the UK.

Recent high profile cases have raised awareness of CO poisoning and encouraged the public to think about safety and prevention.

In November 2015, Michael Travers died as a result of a CO leak at a holiday chalet in the Scottish borders, while his wife and son were overcome by fumes and left critically injured.

The parents of Christi and Bobbi Shepherd, who died while on holiday in Corfu after a boiler leaked CO in their hotel, have launched the Safer Tourism Foundation, with cross-party MP support, to raise awareness of travel risks and in particular the dangers of CO.

However, CO dangers are not just limited to holiday homes. Latest figures from Gas Safe Register estimates that one in 11 boilers in the UK is unsafe, while only half of UK homes have a CO alarm.

GP Dr Helen Webberley has treated many patients with the symptoms of CO poisoning and warns of the damage that long-term exposure can lead to.

"People should not think there is a safe level of poisoning, as exposure to the gas over time, even at a low level, can lead to brain damage," she warns. "Everyone must be vigilant to symptoms which include dizziness, headaches, breathlessness and loss of consciousness."

Kevin Treanor, director of CORGI HomePlan, adds: "The tragic stories we read about CO poisoning are just the tip of the iceberg. The true extent of poisoning across the country is much higher, as this data proves.

"Carbon monoxide is indiscriminate; everyone must protect themselves. Regular servicing of all gas appliances is the only way to ensure that boilers, cookers and fires are all working safely, and that's why the role of Gas Safe registered engineers is so important.

"Meanwhile, a CO alarm provides a first line of defence against any leaks and can be packed into a suitcase while travelling, too. Every home should have at least one and we would encourage engineers to be promoting these where necessary."

Chris Bielby, chairman of the Gas Safety Trust said: "It is unsurprising that the number of people going to A&E is higher than previously thought. Add to that people who may have been missed due to the difficulties in diagnosing CO poisoning, and the real scale of the problem is truly terrifying.

"The Gas Safety Trust is clear that proper installation, correct usage and regular servicing of all combustion appliances together with an audible alarm tested to the standard EN50291 as a back-up, is key to preventing CO poisoning.

"We are working with A&E consultants, GPs, paramedics, midwives and others to carry out research which will identify ways to improve awareness of the symptoms of CO amongst medical professionals and to find ways keep people safe."