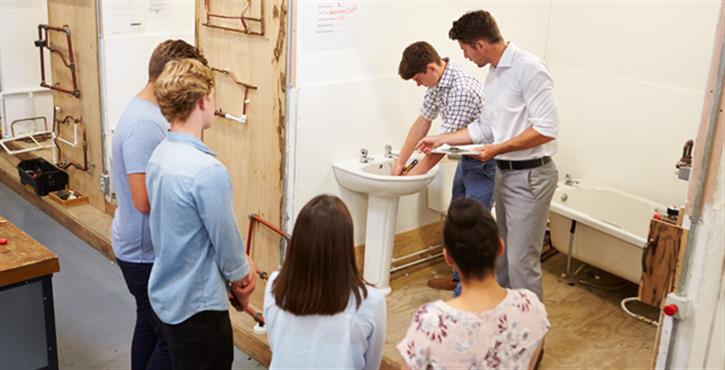 Negative experiences with recruitment hurt corporate reputations with one in three young people finding the process of applying for jobs difficult. Of those, one in five are put off that company and one in ten off the sector completely.

Business in the Community (BITC) is launching Future Proof, a new campaign and framework, backed by the City & Guilds Group to help businesses break down the barriers young people face in their recruitment processes. Future Proof will work with businesses to make processes more inclusive, fair and transparent, as well as creating better first job opportunities for all young people.

At the same time, a survey of 4,000 young people (18-24 year olds), commissioned by the City & Guilds Group and BITC, highlights the damage to businesses that a broken recruitment process can cause, not only turning people off individual brands, but entire industries. A shocking one in five (22%) young people who had a bad experience of a recruitment process, were put off a company completely, while one in ten was put off a whole sector, impacting future career decisions.

Difficult recruitment processes are also creating another issue; a lack of confidence, which is impacting on future job applications. This has wider social and economic implications for society, limiting young people’s career aspirations and development. One in three found the job application process difficult. According to a 2015 report by BITC, of those that found it difficult, 44% ended up losing confidence. This led to 26% saying they were less likely to apply for other jobs.

Chris Jones, chief executive of the City & Guilds Group said: “Despite shifts in demographics and policy incentives to employ young people, too many businesses fail to invest in the next generation of workers. This is reflected in the stubbornly high youth unemployment rate as compared to the rest of the population. The unemployment rate for 16-24 year olds is 13.7% compared to a UK wide rate of 5.1%. As the competition to attract and recruit young people increases, businesses will lose out unless they change their recruitment processes.”

As well as the online resources that will accompany the campaign, businesses can also get involved through taking part in one of the events, forums or webinars that Business in the Community will be running across the UK.