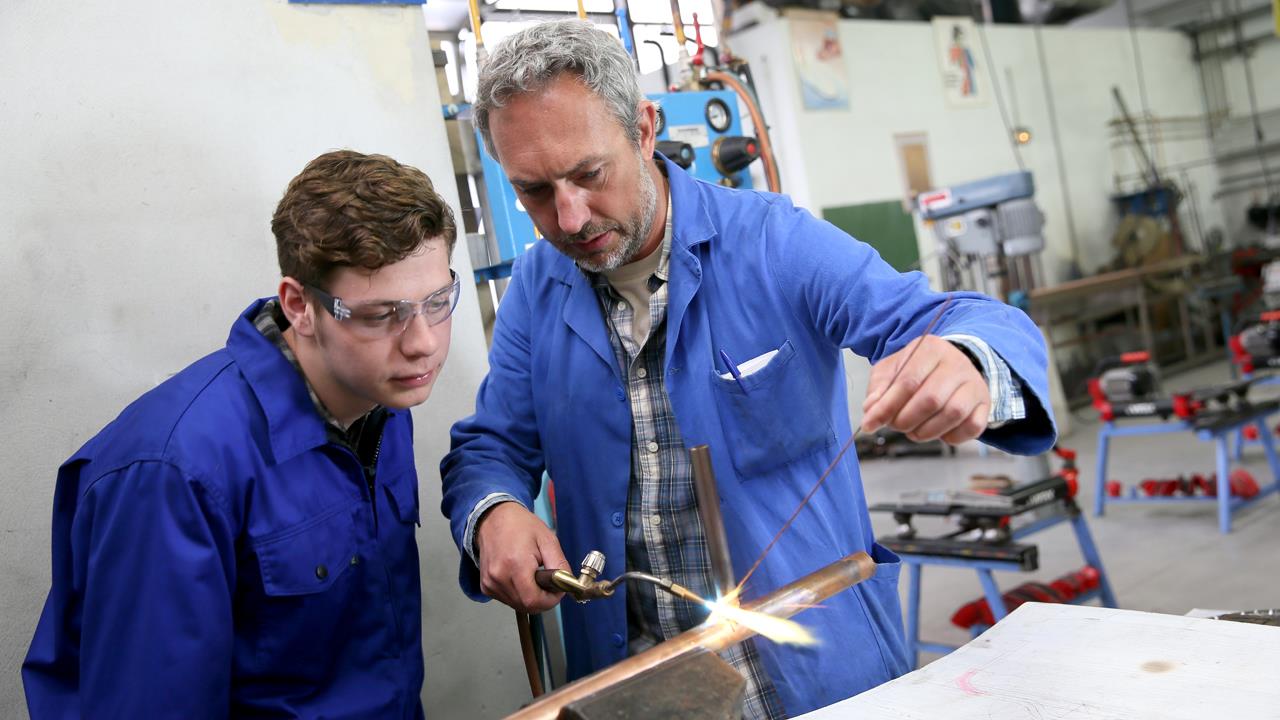 The Chartered Institute for Plumbing and Heating Engineers (CIPHE) has conferred its disappointment that there has been a 26% drop in the number of apprenticeship starts between 2015/16 and 2017/18, according to a report from the National Audit Office.

The Institute believes that it is clear that the government is falling a long way short of its target of three million apprenticeship starts by 2020, despite its launch of the Apprenticeship Levy in 2017.

On paper, the Levy delivers good value, according to the CIPHE. All businesses with a payroll over £3 million per annum have to pay 0.5% of their wage bill towards funding apprenticeships (employers get a £15,000 fixed annual allowance to offset against the levy payment).

Once employers have registered for an apprenticeship service account, they can use that money, plus a 10% government contribution, on apprenticeships within their own organisation.

For those sitting below the £3 million payroll clause, the rule was originally that employers paid 10% of training costs, while the government pitched in 90%. Recent reforms to the Levy now reduce employers training costs to 5% from April 2019, with the government paying 95%. Those reforms have also allowed employers paying the Levy to invest up to 25% of their funds to support apprentices in their supply chain.

The Levy has also been hit with a number of setbacks, which has seen £2 billion in funds sitting unspent. With employers set to see their contributions disappear if they have not accessed them for training within two years of paying in, there’s not only a gaping black hole where it comes to apprenticeship starts, but paying businesses will soon see one when it comes to their contributions too, according to the CIPHE

Kevin Wellman, Chief Executive of the CIPHE, said: “The Levy was meant to reform the system and in many ways it has – but for the worst. Parts of big business have regarded the Levy as little more than an additional tax on wages, with many failing to claim back the money they have put in. Among employers that have utilised the Levy, there has been a trend in furthering the qualifications of existing employees, rather than taking on inexperienced new starters.”

“When it comes to the domestic plumbing and heating sector, micro-SMEs and sole traders have found the new system complicated. While it’s wise to see if the 5% drop in training costs will have a positive impact, we’ve long had problems in the industry in finding employers willing to take on apprentices.

“The government needs to accept offers of assistance in communicating its message, and should not rule out making additional concessions when it comes to apprenticeship funding and making the system more attractive and usable for sole traders and micro-SMEs.“

You can read the full report from the National Audit Office here.

APPRENTICES APPRENTICESHIP CIPHE GOVERNMENT KEVIN WELLMAN LEVY NEXT GENERATION PLUMBING TRAINING
Tweets by HVP
Make sure you’re on top of changes in the industry, and sign up for free to receive your monthly copy of HVP and our weekly email newsletter
SUBSCRIBE TO NEWSLETTER
SUBSCRIBE TO MAGAZINE