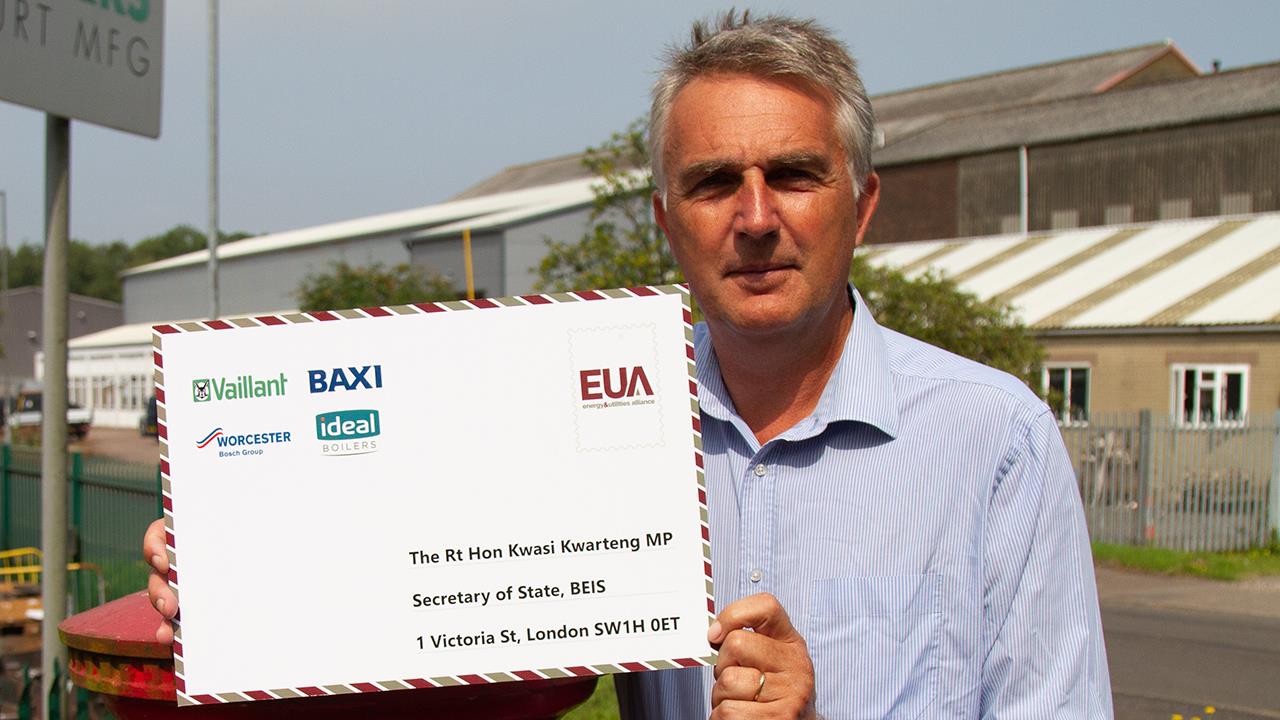 A hydrogen-ready boiler will cost no more than its natural gas equivalent as a result of a new price promise being made by the UK’s major boiler manufacturers.

Baxi, Ideal Boilers, Vaillant, and Worcester Bosch have come together for the first time in a joint initiative to ensure the price of a new hydrogen-ready boiler won't exceed that of existing natural gas models.

Mike Foster, Chief Executive of the boiler industry’s trade association, the Energy and Utilities Alliance (EUA), which brokered the deal, says the price promise is a major boost to consumers and the fight against climate change.

He explained: “Our own research tells us that consumers want to do their bit to reduce the impact of their homes and help deliver a greener future, but are concerned about the cost of some low carbon technologies. This price promise from the 'Big Four' ensures that consumers will be able to access an affordable low carbon heat and hot water solution.”

The price promise, which was delivered in a letter to Kwasi Kwarteng, the Secretary of State at the Department of Business, Energy and Industrial Strategy, will force many industry experts to rethink their models, says Mike.

“The Committee on Climate Change, which advises the government, assumed that a hydrogen-ready boiler would cost £100 more than a natural gas boiler and that the total cost to consumers of decarbonising their homes would be £2.3 billion. The price promise is a great deal for consumers.”

The EUA’s recent report, Too Close to Home, revealed that tackling climate change is regarded as a priority for consumers but the majority are unwilling to pay more than the cost of a new boiler.

Hydrogen-ready boilers that can be installed to run on natural gas but easily switched to hydrogen have been successfully tested by the Health and Safety Executive, which published their findings earlier this month.

Mike continued: “This is another example of British companies leading the way on net-zero. The manufacturers have been very clever in using existing components and technologies to keep the price of hydrogen-ready boilers down. What’s more, hydrogen-ready boilers will work in the same way as natural gas boilers with no changes required to pipework, radiators or the installation of a water tank.

“The boiler manufacturers have developed a boiler that works; they support a 2025 mandatory roll-out of the technology and now they’ve found a way to keep costs down. The Big Four boiler companies compete ferociously against each other, but they have come together for the benefit of UK consumers and the good of the planet.”

BOILERS EUA HYDROGEN NET-ZERO
Tweets by HVP
Make sure you’re on top of changes in the industry, and sign up for free to receive your monthly copy of HVP and our weekly email newsletter
SUBSCRIBE TO NEWSLETTER
SUBSCRIBE TO MAGAZINE