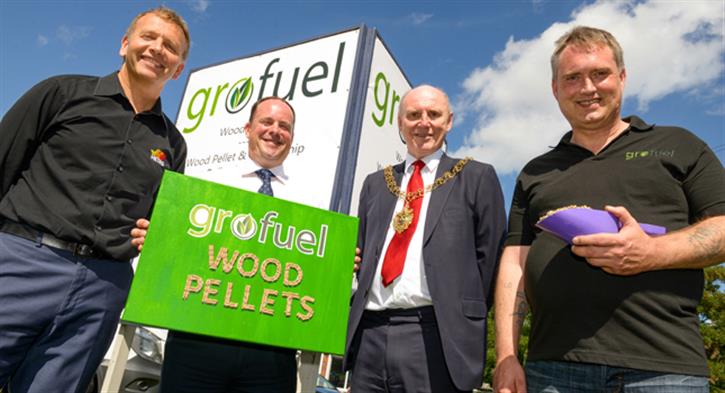 An entrepreneur in Coventry is fuelling growth, generating heat and helping the environment after launching his new business.

Peter Turner launched Grofuel, based on Charter Avenue, selling pellet stoves and biomass heating systems to both the domestic and business market as well as importing and selling the wood pellets.

The company, which imports from Italy and Austria, received support from the Chamber of Commerce’s Coventry branch in getting the business off the ground as well as a grant via the EU.

Lord Mayor, Councillor Lindsley Harvard welcomed Grofuel, which is creating at least 12 new jobs, and said Coventry’s economy was built on the success of small- and medium-sized businesses.

Mr Turner has a background in renewables having studied future fuels in Spain and worked with universities in Sheffield, Hull and Derby to develop a break system for wind turbines that was patented.

He believes there is an opportunity for the UK and the West Midlands to grasp the renewables nettle.

“Firms and individuals can benefit from the Renewable Heat Incentive, which will reduce the cost of the systems – so it’s good news all round. They save money, it’s better for the environment and, of course, we generate orders,” said Mr Turner.