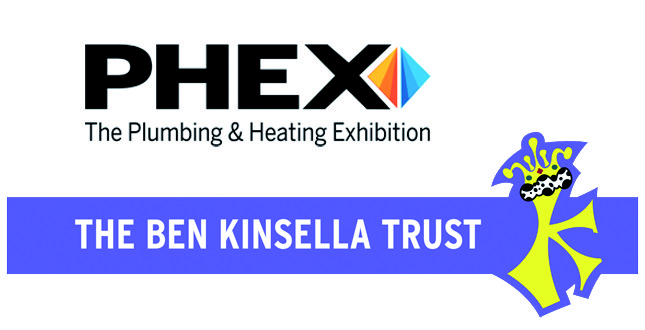 One of the leading anti-knife crime charities in the UK, the Ben Kinsella Trust, will be joining the PHEX exhibition in Chelsea to raise money for its vital cause and raffle away a signed Chelsea shirt.

The Trust was set up following the tragic murder of Ben Kinsella in 2008. It exists to campaign against knife crime and to educate young people about the dangers and help them make positive choices to stay safe.

The Ben Kinsella Trust will receive 100% of the raffle money from the signed Chelsea shirt giveaway at the exhibition, and will have representatives at the show available to take donations and talk about the work the Trust is doing. You can find the Trust posted throughout the show, including at the registration desk, at the BATAK machine with Peter Booth, and at the Anton stand. The PHEX team were alerted to the possibility of working with this fantastic charity by Anton.

A spokesperson for the Ben Kinsella Trust said: “We are delighted to be part of PHEX Chelsea 2017. We are really looking forward to meeting all the great exhibitors and visitors at this wonderful event. Do stop by and see us, and don’t forget to purchase your raffle ticket for the amazing Chelsea FC signed shirt.”

What happened to Ben is every parent’s worst nightmare. Having recently finished his GCSEs, Ben and his friends arranged to go out to a local bar to celebrate. While at the bar, an altercation broke out between two groups. Ben was not involved and was initially unaware of the trouble. When the bar closed, three teenagers returned looking for revenge.

In the ensuing confusion, Ben and his friends decided to run to get away from any trouble. However, the three teenagers followed, and when Ben stopped running they approached him and stabbed him 11 times in five seconds. He died a short while later.

Since Ben’s murder, the Kinsella family have worked tirelessly to help prevent similar tragedies happening to other families.

Since the Trust was founded in 2008, it has been responsible for many changes and achievements in the battle against knife crime. The Trust helped organise the People’s March in September 2008 in Hyde Park to raise public awareness about knife crime.

In March 2010, it successfully campaigned to change the minimum sentence for a knife related murder from a 15-year to a 25-year start point. This law is now commonly referred to as ‘Ben’s Law’. In 2011, Brooke Kinsella produced a report for the Home Office entitled Tackling Knife Crime Together, the recommendations of this report have had major influence on successive Government’s approach to solving knife crime. Later that same year, Brooke was awarded an MBE for her work against knife crime.

The Trust continues to highlight issues relating to knife crime and regularly appears in the national media, most recently highlighting the illegal sale of knives to under 18’s and the loopholes that assist young people to buy knives on-line.

In September 2012, the Ben Kinsella Knife Crime Awareness Exhibition was launched. The exhibition space is used as a backdrop to deliver a series of workshops aimed at children and young people aged from 10 to 17 years. Workshops at the exhibition look at the negative consequences of knife crime and use videos to tell Ben’s story, and show the devastating impact his death had on everyone who knew him. The workshops also teach young people about choices and consequences, how to make positive decisions to stay safe, the law and how it is applied to knife crime and the realities of prison life. To date, over 10,000 children and young people from across London have visited the exhibition with the majority signing a pledge promising never to carry a knife.

It costs the Trust £15 to provide a young person with two-hour anti-knife crime workshop. The workshops have been shown to change young people's attitudes away from carrying a knife, helping them to make more positive choices to stay safe.

Knife crime is at its highest in nine years, and over the next 12 months the Trust wants to expand its workshop programme to reach more young people. The Ben Kinsella Trust needs your help and generosity to achieve this. If you’d like to donate, or learn more about its work, visit www.benkinsella.org.uk.