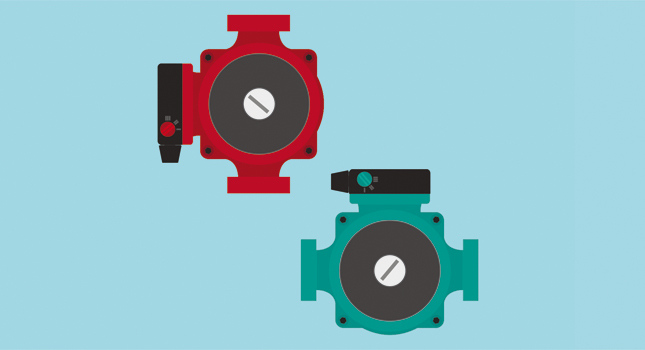 Continued evidence of illegal pump imports entering the UK market has resulted in the British Pump Manufacturer’s Association (BPMA) calling once again for tighter enforcement of such products.

These pumps, often from countries outside the EU (particularly Asia), do not meet the strict demands of the Energy Related Products Directive (ErP Directive) raising significant concerns relating to their operational safety and efficiency levels.

The BPMA is continuing to press the National Measurement Regulatory Office (NMRO), in their role as UK Market Surveillance Authority, to take all appropriate action to ensure such illegal, non-compliant pumps are removed from the market, and that all future imports are curtailed with immediate effect.

Market Surveillance should ensure that products placed on the market comply with EU regulations and do not pose any safety or environmental threats for users and the public at large, says the association.

The BPMA met with NMRO executives in December 2016 to convey its members’ frustration and find out why no discernible progress had been made, despite numerous meetings and several written assurances that market surveillance is regarded as an important issue.

During this meeting, the NMRO confirmed that several ‘suspect’ circulator pumps had been purchased in order to be tested. The results of the testing were initially due to be published early in 2017 but are now expected in May.

One of the key concerns raised by the BPMA is that, while circulator pumps were the first to be regulated under the ErP Directive, many other and far more complicated pumps are set to follow. It is therefore of imperative that the correct procedures are put in place now, to ensure effective surveillance across the full breadth of regulated products, says the association.

The fear is that with Brexit on the horizon, the UK could become the dumping ground for cheap, non-compliant and potentially dangerous pumps. These products may look compliant, in that they mirror other compliant products, but when scrutinised and tested a very different picture can be found, explained the association.

A full written appraisal was sent to Mark Prisk MP following the meeting, who, in his capacity of the Prime Minister’s Trade & Investment Envoy, Nordic & Baltic Nations, had previously been advised of this matter by both the BPMA and its member company, Grundfos Pumps.

Mr Prisk then communicated the importance of this issue directly to Greg Clark, Secretary of State for the Department for Business, Energy & Industrial Strategy, whose intervention is to be welcomed.

The BPMA will be following up on this communication to Mr Clark, in the hope that all appropriate parties can put in place the means by which to tackle any breach in these important regulations.

In the meantime, installers are encouraged to get in contact with the BPMA if they come across any pump product they believe is in breach of the ErP Directive.